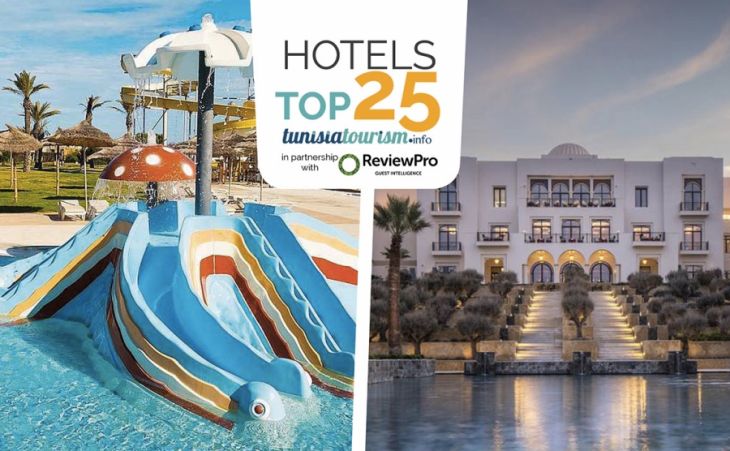 The TUI Magic Life Skanès (Monastir) moved from 21st to 2nd place since our last ranking. This family resort now ranks first among the four-star hotels.
The hotel had excellent guest records during the previous three months, especially in February with a GRI of 98.3 (the “GRI” is the reference index issued by the ReviewPro company and based on guests’ online ratings and comments, read our article).

The Four Seasons Gammarth hotel confirms its return to excellence. It now ranks 5th after being ranked 23rd two months ago. Thus, it is right behind the other prestigious hotel in Gammarth: The Residence Tunis, still ranked 4th.

Sensimar Scheherazade is downgraded to 8th place but remains the second 4-star hotel in our ranking. It was number two for the whole year 2018 and was still the second top rated hotel last month.
Another “adults only” hotel, La Badira (Hammamet), keeps the third place.
The Dar El Jeld Hotel & Spa, a luxury charming hotel in the medina of Tunis (5 stars), remains month after month the guests’ favorite hotel. Another charming hotel is making its entry in our ranking: the Villa Bleue in Sidi Bou Saïd.

The Ibis Sfax 3-star hotel stands out among these luxury hotels by taking place in the top 10. It even rose by four places since our last ranking. The Dar Dhiafa charming hotel (Djerba) ranks second among the 3-star hotels.
Another hotel recorded a spectacular increase: Les Orangers Beach Resort & Bungalows (4 stars, Hammamet) moved form the 25th to the 13th place.

TunisiaTourism.info will launch the Tunisia Hospitality Award in June 2019. The trophies will award the best Tunisian hotels and hotel chains according to their GRI index obtained during the previous twelve months.
As our Top 25 monthly ranking takes into account the reviews of the previous 3 months, it is not predicting the annual ranking of the Tunisia Hospitality Award in any way… The competition for the first places will be rough!

In partnership with ReviewPro