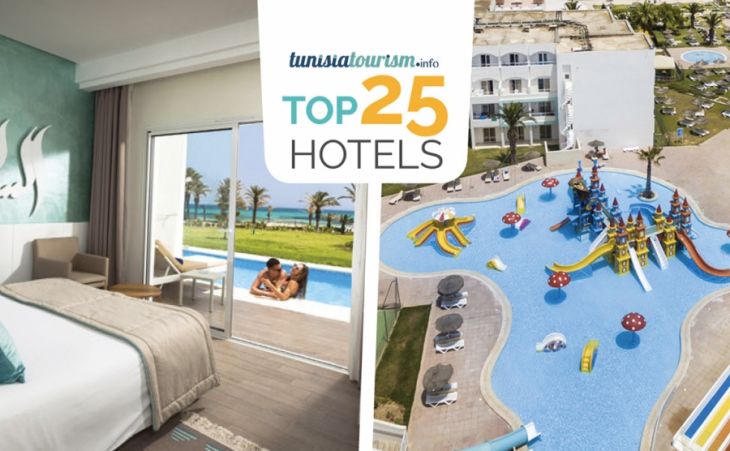 For the second quarter of 2019, the hotels Scheherazade and Thabraca have been top rated online by guests from all over the world.

Three Magic Hotels in the Top 5

Two Magic Hotels are at the top of our ranking of hotels this semester: namely the Sensimar Scheherazade in Sousse and the Thabraca in Tabarka.

Furthermore, a 3-star hotel of the same hotel chain ranks 5: the Splash World Venus Beach in Hammamet. It moved up 8 places compared to our last ranking.

In 4th position, we find the Dar El Jeld Hotel & Spa (Tunis medina) which remains the best 5-star hotel of the ranking.

Congratulations to the Aldiana Club Djerba Atlantide: it reaches the 6th place by rising 15 places and 3.2 points since our last ranking!

Sensimar Scheherazade and Hasdrubal Thalassa & Spa Port El Kantaoui were among the winners of the Tunisia Hospitality Award 2019, first trophy-label of the Tunisian hotels, organized by TunisiaTourism on June, 19th.

Other hotels of the top 10 of the last quarter are also safe bets: La Badira, Dar Dhiafa, The Residence Tunis and Iberostar Averroès which were all among the winners of the Tunisia Hospitality Award 2019 (see the full list of the winners).

Keep in mind that the scores “GRI” are calculated by our partner ReviewPro by averaging the online guest scores from booking websites worldwide (read our article).