You will discover that Tunisia’s History is a long oscillation between Africa, the Orient and the West: Berber in origin, profoundly marked by the Phoenicians, converted into a prosperous and influential province of the Roman empire, an Arab emirate and then a kingdom of considerable influence, over the course of more recent centuries Tunisia has received numerous influences originating from Turkey and nearby Europe.

It is not only Tunisia’s history that makes it a country of central importance, but also its nature. An extraordinary variety of ecosystems are concentrated within its small land area and it lies on one of the principal routes taken by migratory birds travelling between Europe and Africa, that of the Strait of Sicily. Lake Ichkeul and its mountain too were declared UNESCO World Heritage Sites.

The medina of Tunis 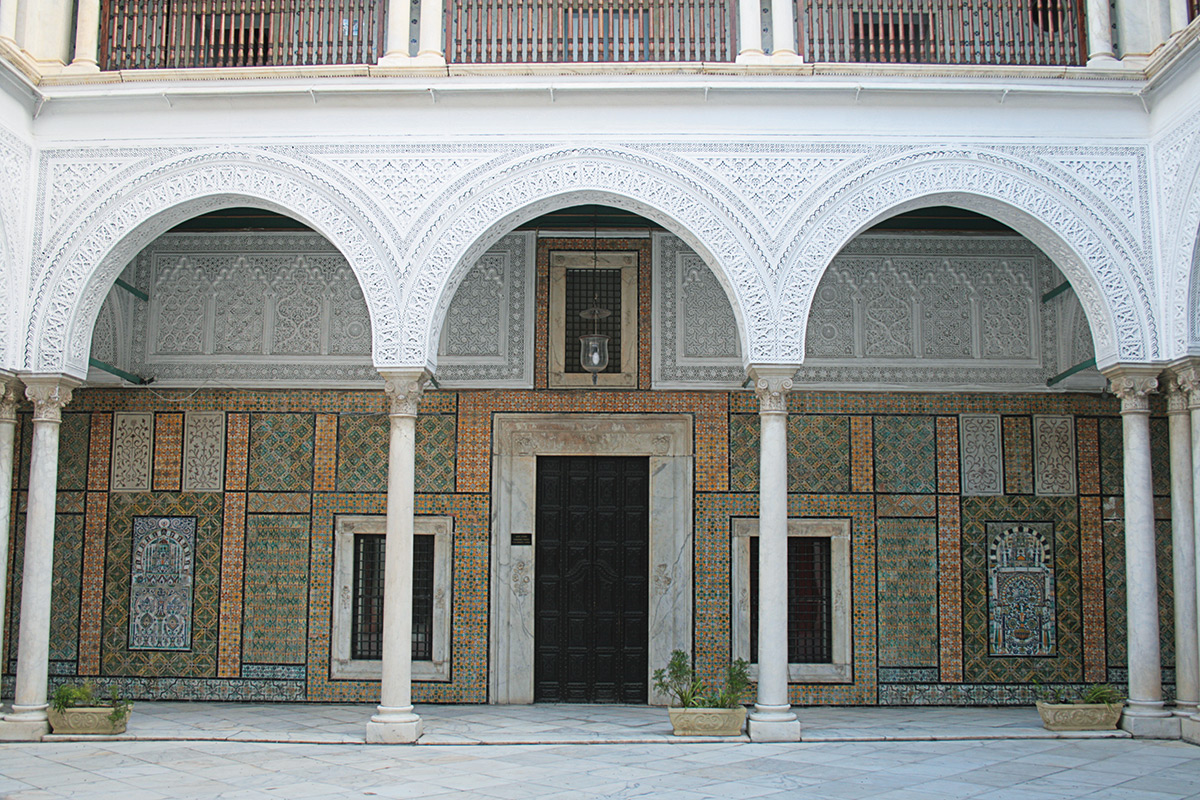 Multifarious and bustling, the medina of Tunis definitely presents many different faces. In this way its long history, enriched by diverse influences, is represented. Throughout the late Middle Ages, it was one of the most important cities of the Islamic world. Today it is one of the largest and most beautiful medinas in the world, rich for its historical monuments numbering in the hundreds, and for its urban tapestry typical of Arab cities…

More about the medina of Tunis 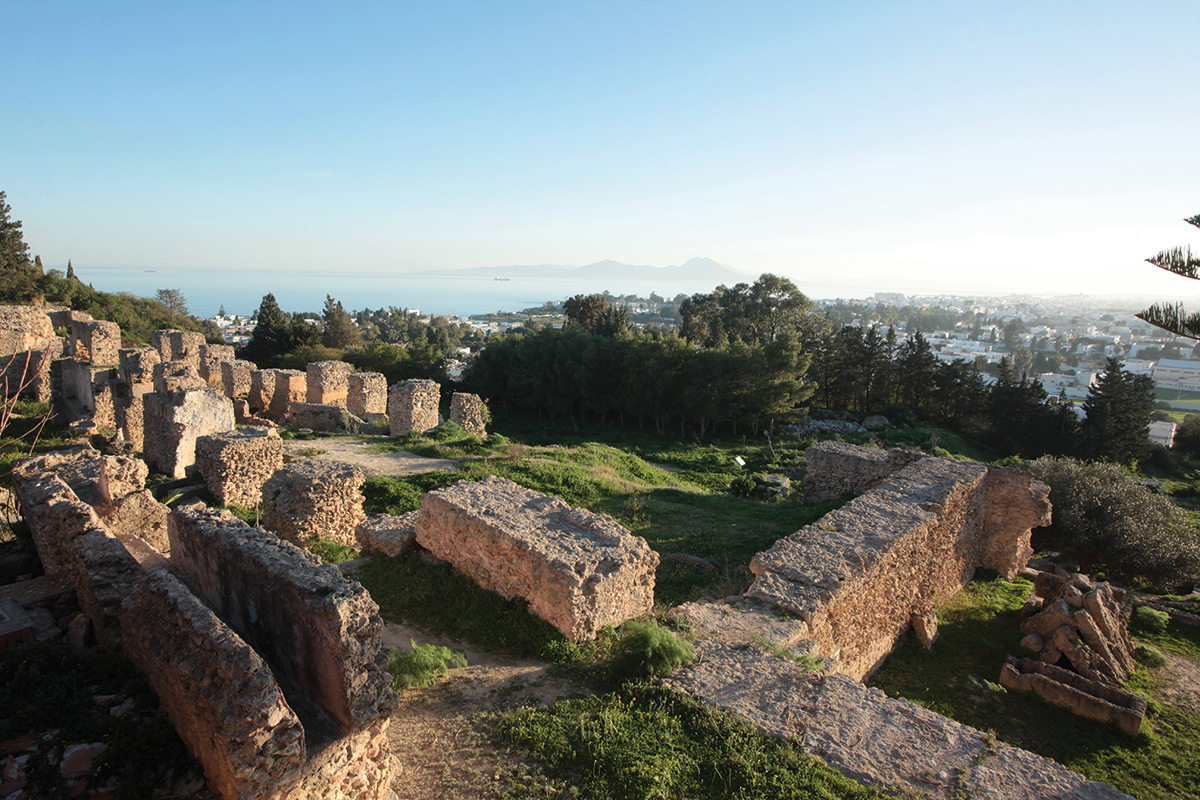 Carthage was founded by a Phoenician princess, Elyssa, who in ancient texts is known as Dido. Destroyed by the Romans, Carthage would be reborn from its ashes and became a major city of the Roman empire. This rich history has left countless traces scattered across a vast area.

More about the site of Carthage 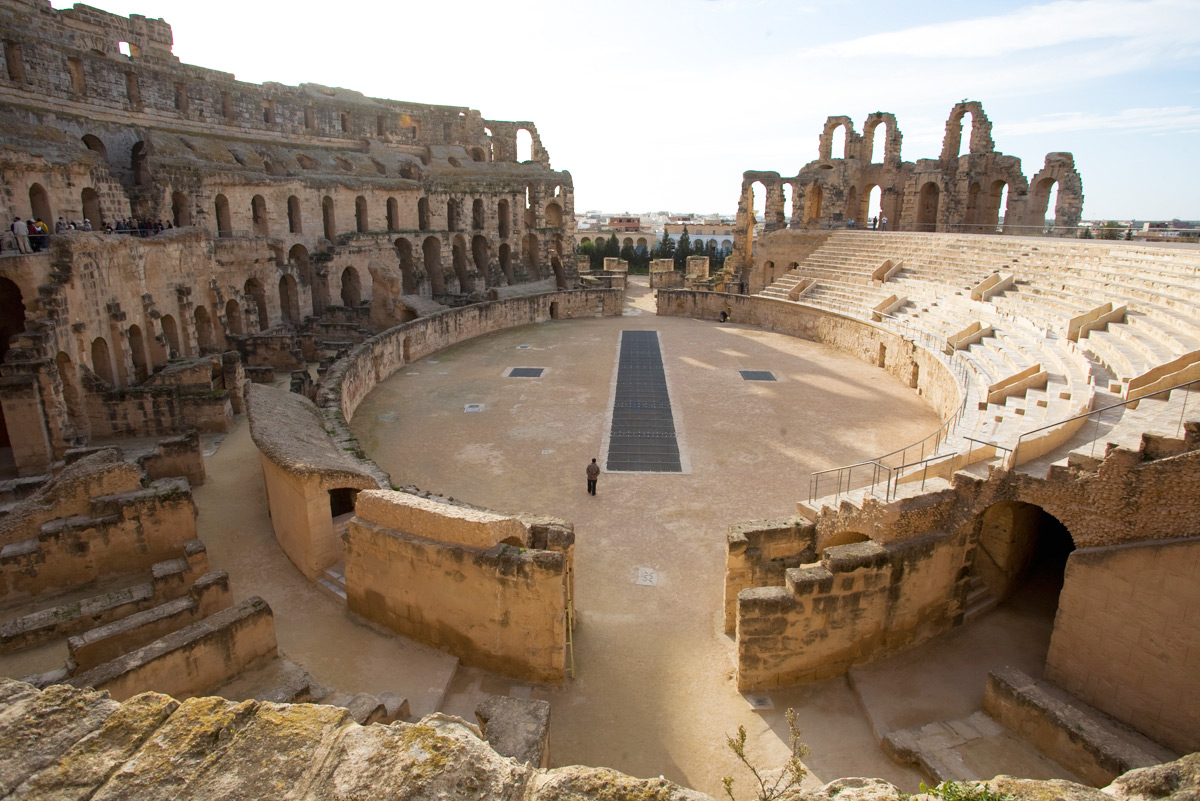 One of the best preserved and largest in the entire Roman empire, the amphitheatre of El Jem is a major symbol of the height of Roman Africa, which added its own particular touch to Roman culture. It is also a prime example of the best of Roman architecture, and sheds valuable light on those moments of collective madness that constituted the Roman games.

More about the amphitheatre of El Jem 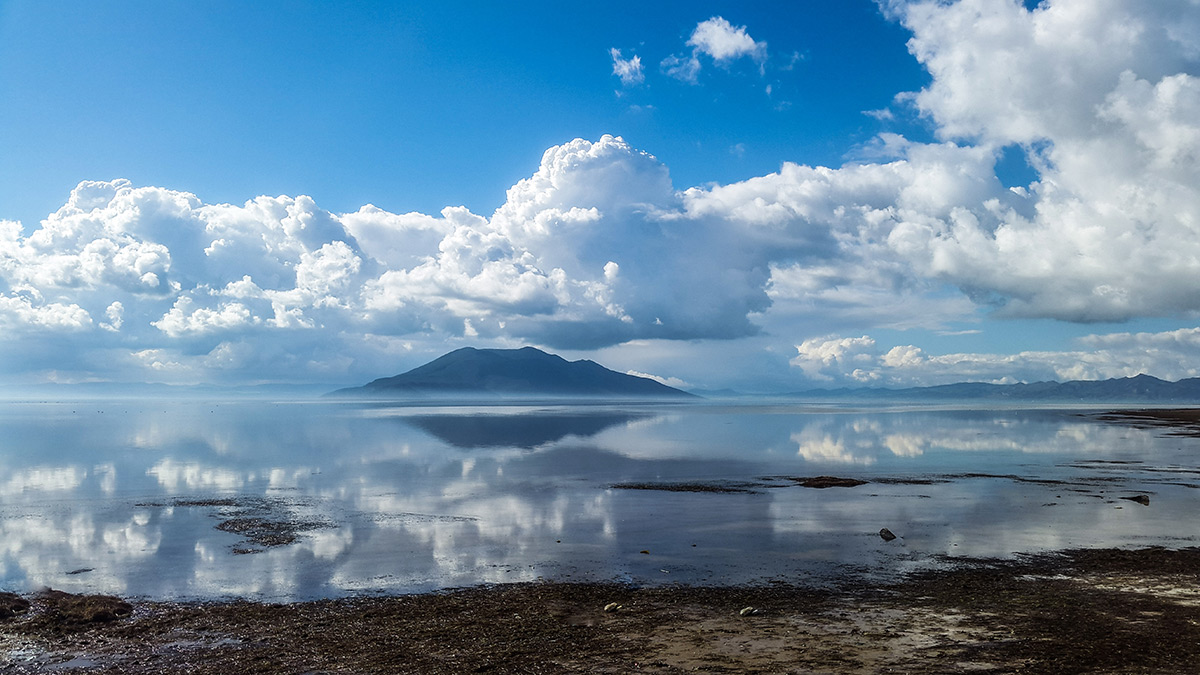 In 1980 the lake and mountain of Ichkeul were declared UNESCO World Heritage Sites, then converted into a national park covering an area of 12 600 hectares. It is a remarkable destination for wildlife. The vast body of water is the last trace of a chain of freshwater lakes that once stretched across North Africa. 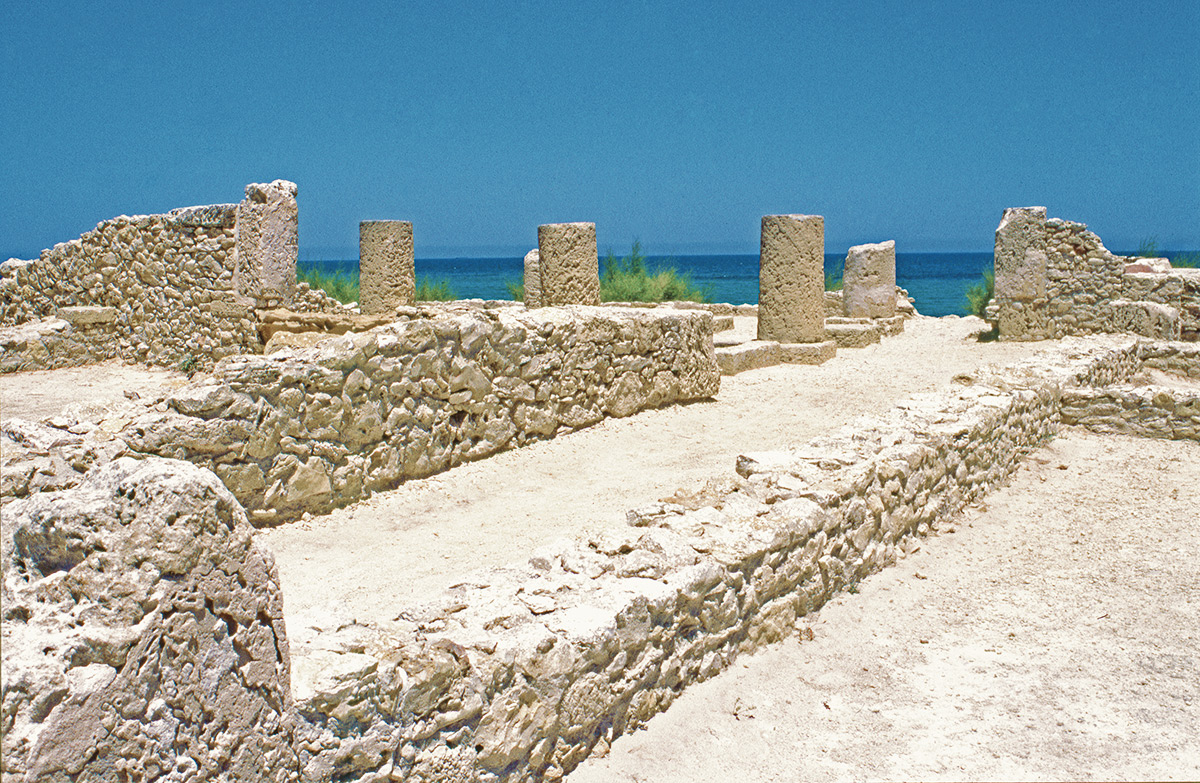 The site of Kerkouane, the remains of a small city which was burned and deserted in the 3rd century B.C., then remained abandoned for twenty-five centuries, presents intact evidence relating to the civilisation of the Carthaginians, their architecture and their way of life.

More about the site of Kerkouane

The medina of Sousse 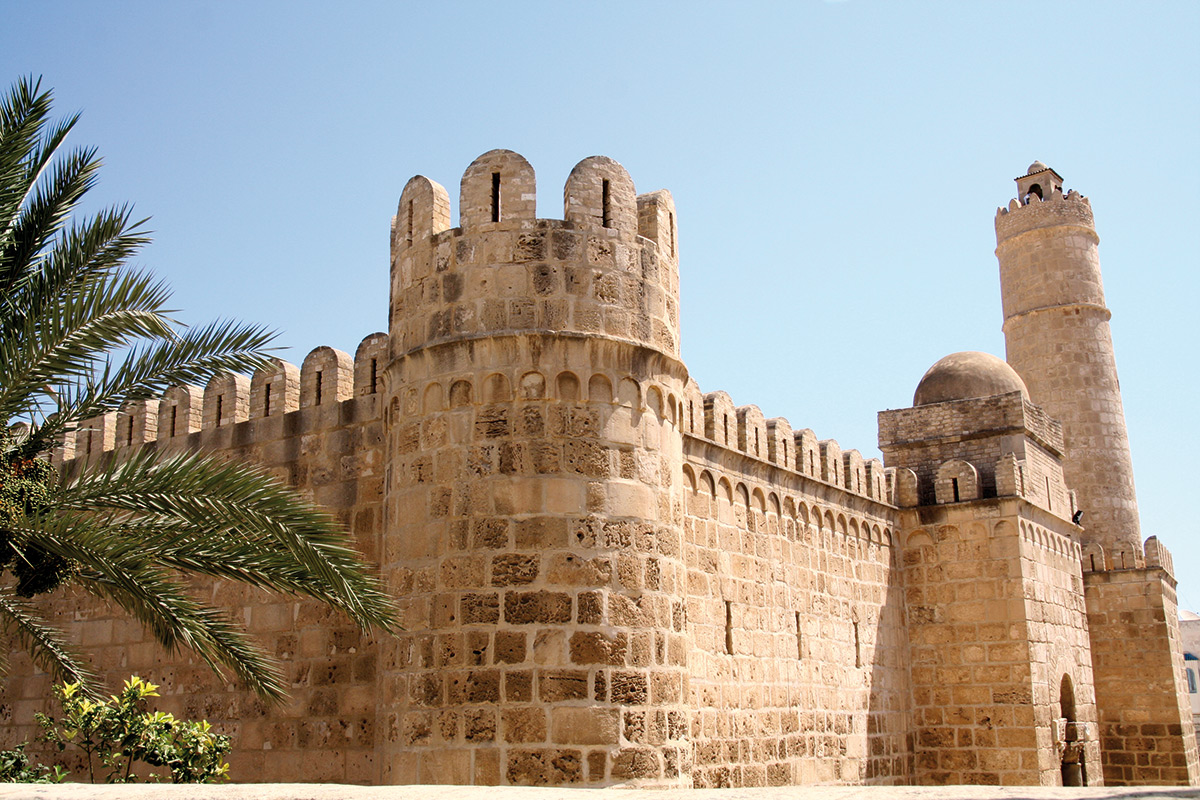 More about the medina of Sousse 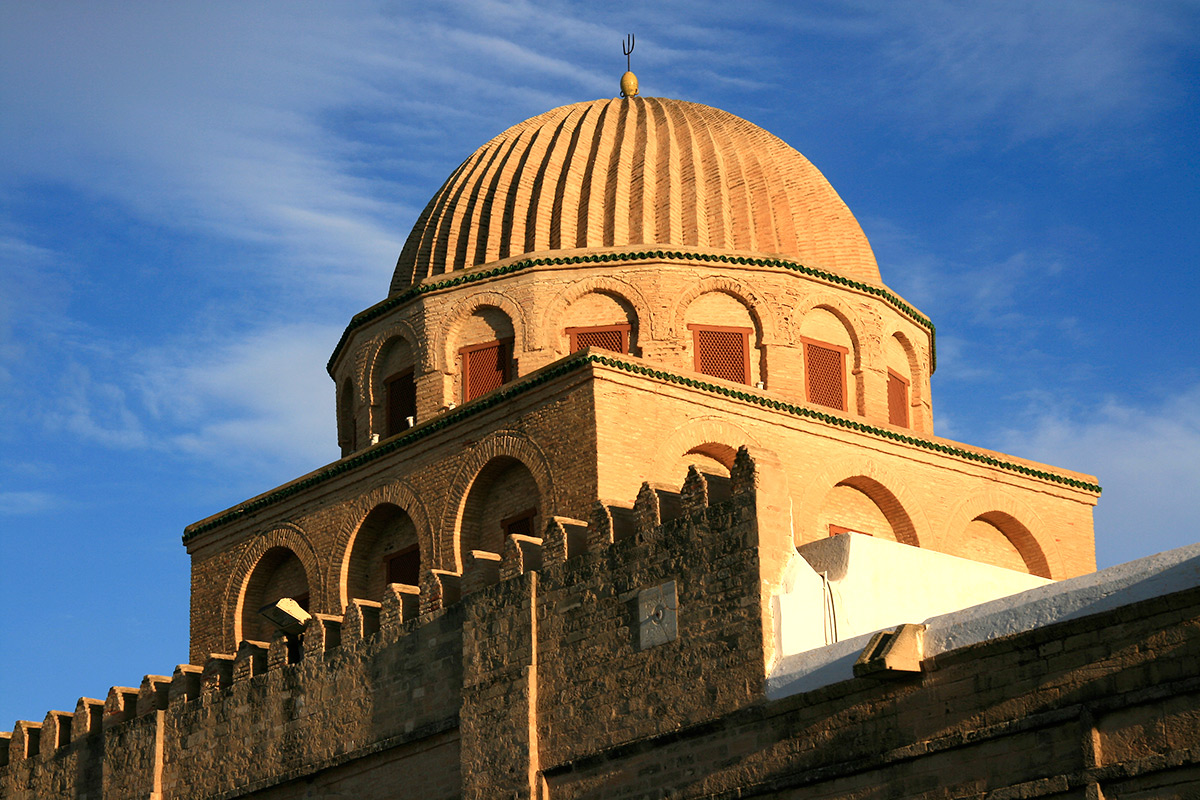 The first Islamic city founded in the Maghreb, Kairouan has preserved through the centuries the aura of a holy city. Capital of Ifriqiya, the eastern section of the Maghreb, during the early Middle Ages, it was also a centre of civilisation of considerable influence.

The site of Dougga 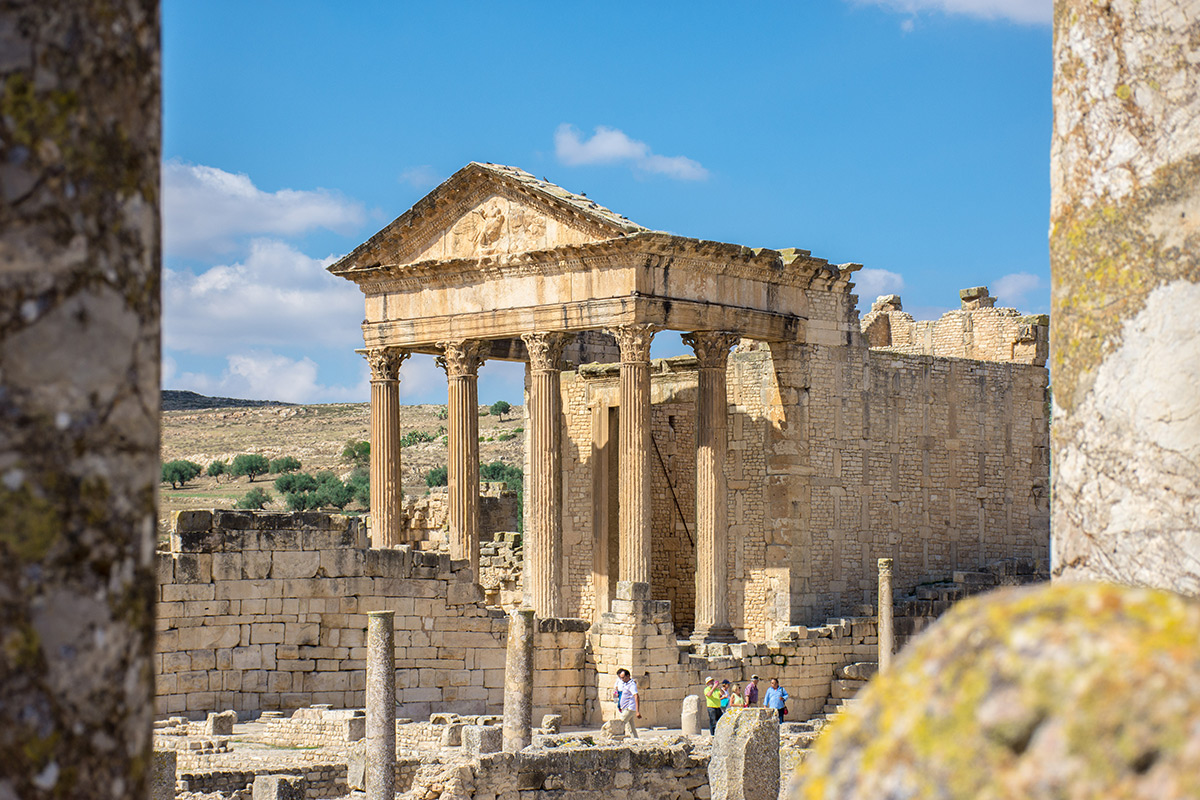 Staggered over a hillside that finishes in an abrupt cliff, where the first foothills of the Atlas Mountains begin to appear in the northwest of Tunisia, the remains of an ancient city emerge, magnificently preserved with all of its component parts: temples, public institutions, monumental arches, houses, paved roads... Apart from the opulent Roman monuments, Dougga also displays many pieces of evidence of synthesis between the Punic, Numidian and Hellenic cultures.

More about the site of Dougga

Numerous other sites are currently found on the Tentative List and merit just as much worldwide recognition: Medina of Sfax, Djerba island, Jugurtha’s Table…