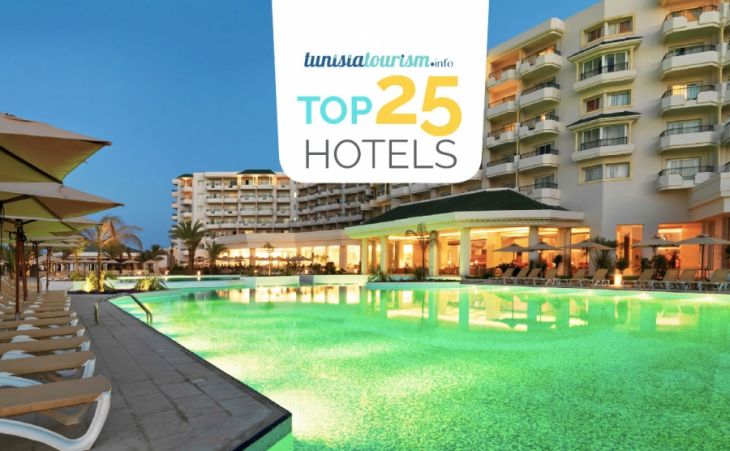 Iberostar Selection Royal El Mansour has toppled Dar El Jeld from its leading place in our rating, based on marks awarded by customers throughout the world.

Since it opened in 2018, Dar El Jeld Hotel & Spa (Tunis) has attracted the best marks of any 5-star hotel in Tunisia. This month it was toppled by Iberostar Selection Royal El Mansour (Mahdia), based on the December 2019-February 2020 ratings.

Hotels on the rise

Compared to our last rating, marks for many of our Top 25 hotels have risen.

The most spectacular triumphs were those of the Royal Thalassa Monastir (up 3 points) and the Villa Bleue, a boutique hotel in Sidi Bou Saïd (up 3.3 points).

Ibis Sfax is down, although it is still the best of the 3-star hotels.

The best in their group