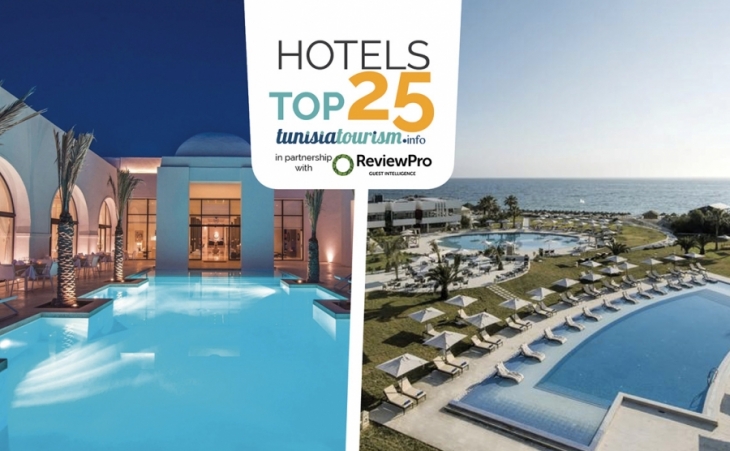 Dar El Jeld and Sensimar Scheherazade are still the top ranked Tunisian hotels on the Internet. But others are on the rise: La Badira, Diar El Andalous, Bel Azur, Four Seasons…

While the hotels Dar El Jeld and Sensimar Scheherazade confirm their leading position in our ranking, the hotel La Badira in Hammamet now ranks third: its score rose by 0.7 since our last ranking.

Our ranking is based on the GRI index issued by the ReviewPro company (scores taking into account the ratings and comments of visitors on more than 175 websites worldwide) calculated over three months.

The Iberostar Diar El Andalous in Port El Kantaoui recorded a significant increase of its rating and accesses the top five. It moved up 8 places and 2.1 points as compared to last month.

Thus, three Iberostar hotels are among the top ten.

But the most spectacular increase is recorded by the Four Seasons Gammarth. It moved from 23rd to 8th place compared to last month (3.9 points up). Nevertheless, its score is still lower than during its opening period last year (2.3 down).

The Four Seasons is just one step behind the Bel Azur Thalasso & Bungalows. This 4-star hotel in Hammamet is 5 places higher than last month and becomes the third 4-star hotel in our ranking.

In partnership with ReviewPro