Bizerte and the northern coast

A small seaside resort and historic town, Bizerte is known for its charming Old Port and its lovely medina. All around, the northern coast of Tunisia is a string of deserted beaches and rocky coves.

In Bizerte, do not miss strolling around the Old Port surrounded by ancient walls.

Enter the medina to browse the charming alleys, discover a beautiful Ottoman-period fountain, and visit the small Oceanographic Museum housed in a medieval fort. 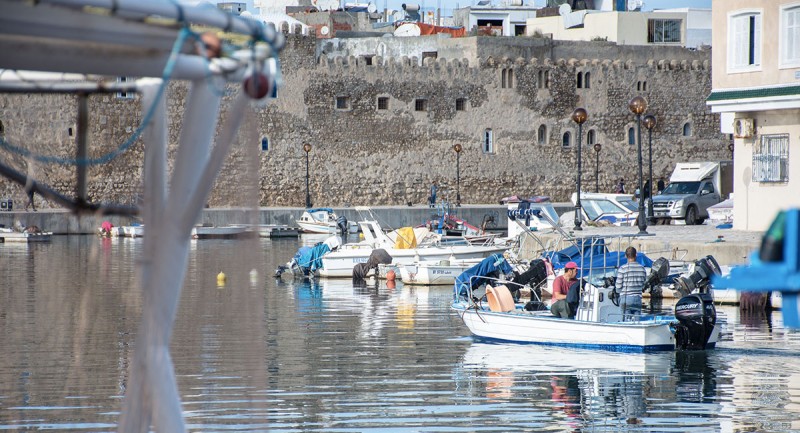 In contrast, the town has recently built an ultramodern marina.

Do you have a craving for discovery? Go up to the Fort of Spain which overlooks a superb landscape.

One hour’s drive from Tunis by motorway, the small seaside resort of Bizerte welcomes you for summer holidays on luxurious sandy beaches.

If you rather like to bathe on pristine beaches, the northern coast of Tunisia is for you. 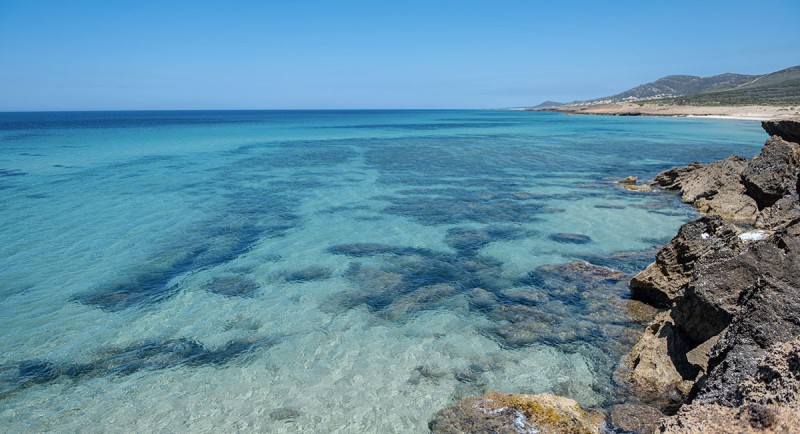 Cape Engela, Cape Hmem, Marsa Dhouiba … these idyllic spots are left off the typical tourist itineraries. There you can to swim in crystal clear water, disembark a boat on a wild island, or dive to seek out underground caves. 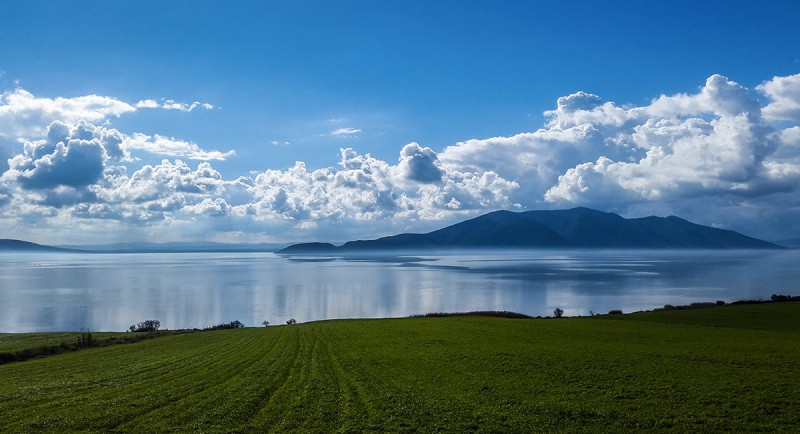 One of the most extraordinary natural sites in Tunisia can be found not far from Bizerte: Lake Ichkeul and its mountain.

The last major fresh water lake of North Africa, Lake Ichkeul is a fascinatingly beautiful body of water and a refuge for numerous birds. Hiking trails wind around the forested mountain that overlooks it. 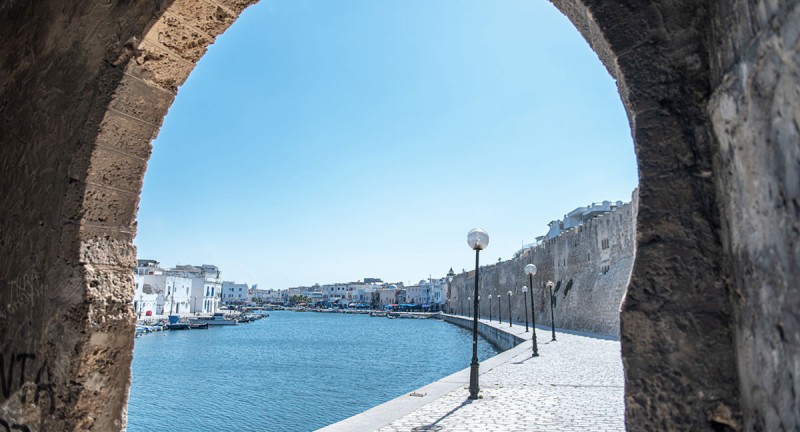 Also visit rich historical locations of the region: the old town and ancient fortifications of Bizerte as well as the antique site of Utica, the fortresses of Ghar el-Melh, military port in the 17th century.

The antique site of Utica 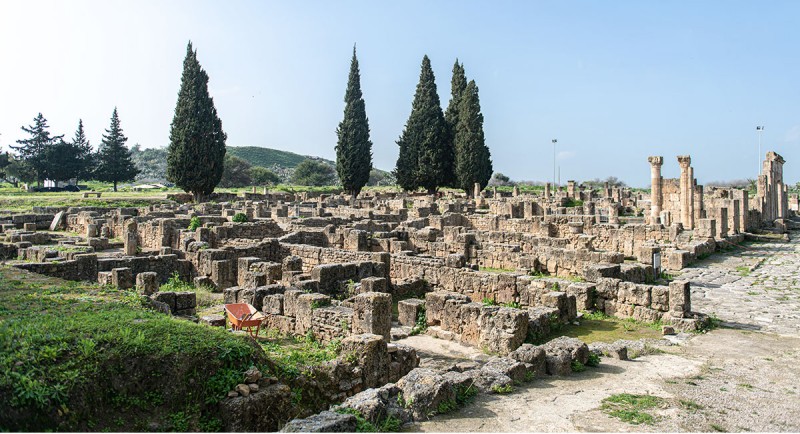 Have lunch at Byblos lounge restaurant in Raf-Raf, a magical place directly on the beach (45 km from Bizerte).

Take a picture at Cape Angela: it’s officially the northernmost point of the African continent! The wild panorama is breathtaking (17 km north-west of Bizerte). 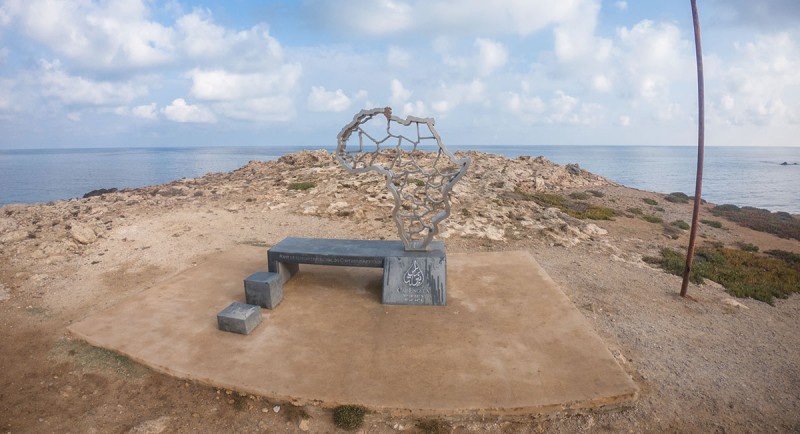 HOTELS AND GUESTHOUSES IN BIZERTE AND ITS SURROUNDINGS.

The historical city of Bizerte is also surrounded by remarkable sites: the Ichkeul National Park, listed as a UNESCO World Heritage Site, the remains of the ancient city of Utica ...

The Old Port of Bizerte

Still not appearing on the typical tourist itineraries, the town of Bizerte is worth a visit for its authentic atmosphere.

Evenings are full of poetry along the Old Port where small fishing boats are moored.

It is bordered by medieval and Ottoman walls and fortifications. 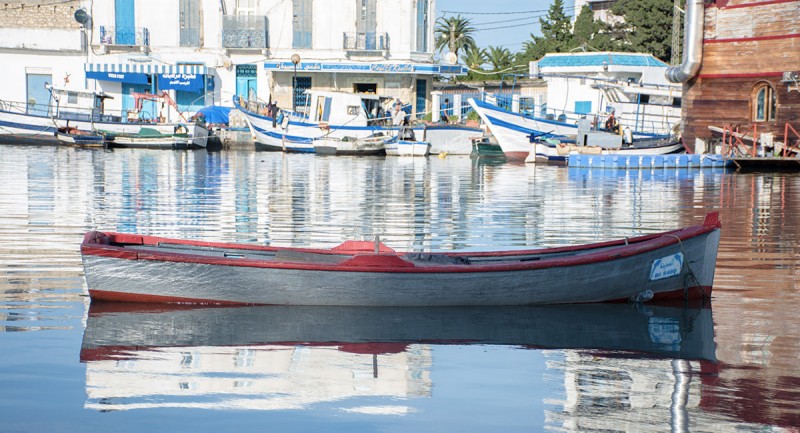 The medina of Bizerte 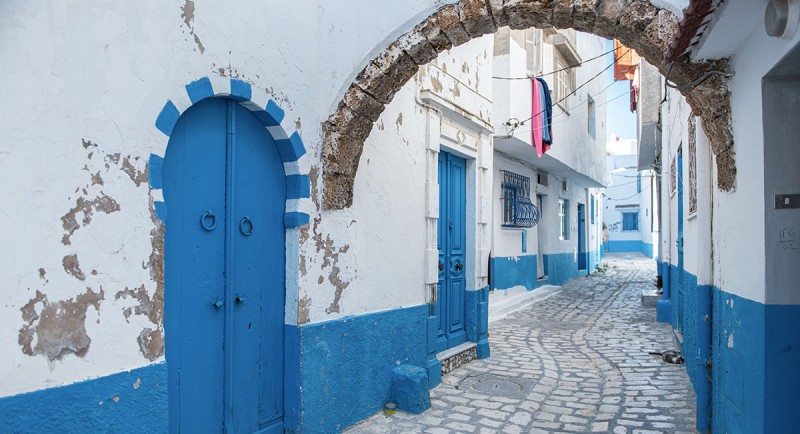 On either side of the Old Port stretches the old town with its white and blue alleys.

Among its highlights are a Turkish fountain from the 17th century, the Great Mosque, the souks.

At the northeast end, the Kasbah (citadel) controls access to the sea. It is accessible through a very narrow entrance.

On the other side of the port, the fort Sidi el-Henni, or Ksiba (“small kasbah”), is a place full of charm where you can visit a small oceanographic museum (aquariums).

On a hill overlooking the medina of Bizerte, this fortress was built in the 16th century. The views across the city and the sea are magnificent.

It takes its name from the neighbouring district, called the Andalusian quarter: in the 17th century it had welcomed many Muslims expelled from Spain. 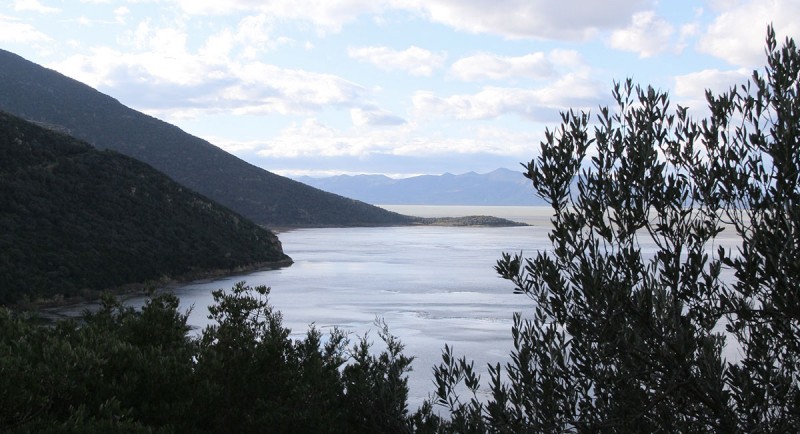 A solitary green mountain rising out of the plains, a vast natural lake in a semi-arid land… Ichkeul National Park presents a fascinating landscape full of mystery.

It is also a remarkable destination for wildlife. It has been declared a World Heritage Site by UNESCO. Read more.

The archaeological site of Utica

Utica was one of the oldest towns in the western Mediterranean, founded by the Phoenicians before Carthage.

The wild landscape of Cape Engela, the cliffs, the caves and the fine sand of Cape Hmem… two idyllic spots about twenty kilometers north-west of Bizerte. Read more.

Cape Angela is the northernmost point in Africa, as shown by the monument erected on the site.

The northern coast of Tunisia is a succession of fine sandy beaches and beautiful coves with transparent waters. It is also a region of undulating and verdant landscapes. Worth visiting around Bizerte: the village of potters in Sejnane and the Ottoman fortresses of Ghar el-Melh.

The beach of Dar El Janna (‘house of paradise’) deserves its name!

Located at the foot of the hills, about 35 km west of Bizerte, it is a wild place with a magnificent stretch of fine sand, a cave overrun by the sea and crystal-clear water.

Another dream beach, about 45 km west of Bizerte. Read more. 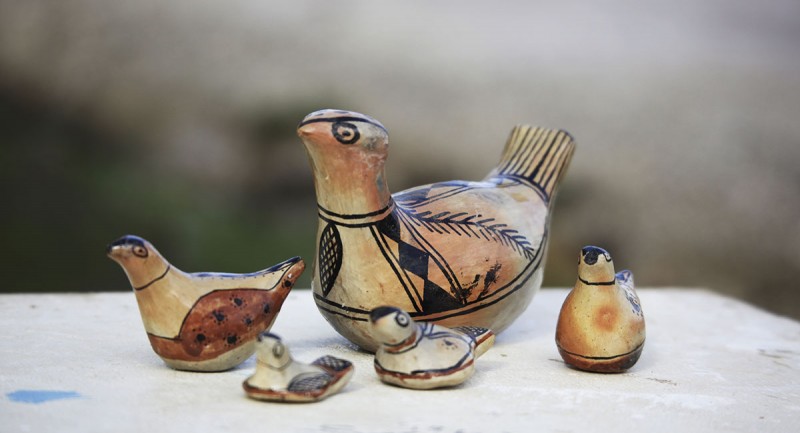 Sejnane is known for its Berber pottery decorated in red and brown, and especially its lovely clay figurines in the shape of dolls and animals.

These potteries are made only by the women of the village, using natural products from the region and without any materials or potter's wheel!

The know-how of the potters of Sejnane is listed in the UNESCO Intangible Heritage.

Also to be seen in Sejnane: the small colonial station where storks come to nest in the spring.

Not far away is the beautiful beach of Cape Serrat. 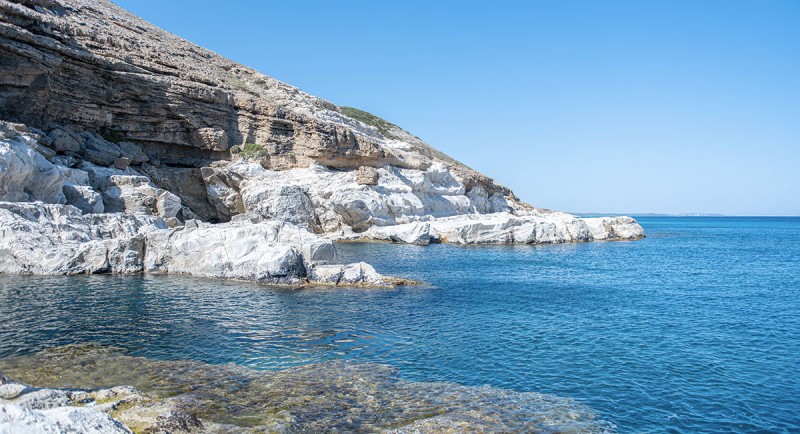 To the south of Bizerte, this rocky point plunges into a crystalline sea. A natural site of great beauty. 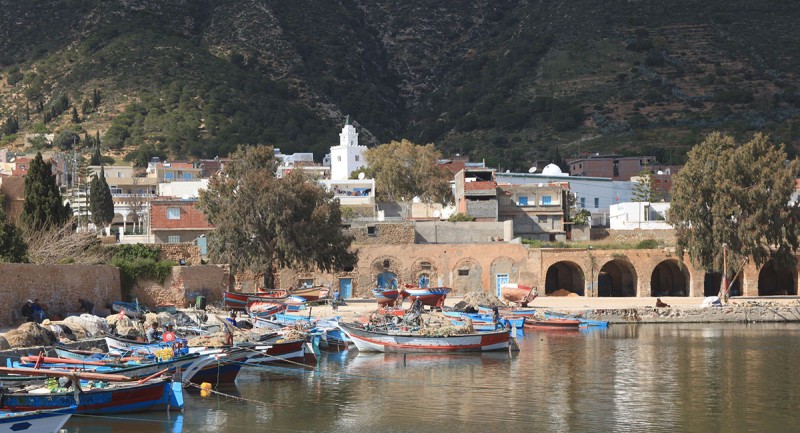 The small town of Ghar el-Melh whose name means ‘salt cave’ (but which the Italians called Porto Farina) was in the 17th century Tunisia’s principal naval base.

There still exist three fortresses and the galleries of the ancient arsenal.

The town is nestled on the side of a rocky peninsula bordered by beautiful sandy beaches, especially the one in the village of Rafraf.

One hour by motorway from Bizerte, the capital of Tunisia is a great historical city. Its vast medina, its numerous monuments and the great National Museum of Bardo deserve a long visit.

The ruins of ancient Carthage and the charming village of Sidi Bou Said are just a few kilometres away.

The medina of Tunis and the ruins of Carthage have been declared World Heritage Sites by UNESCO. 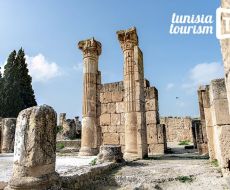 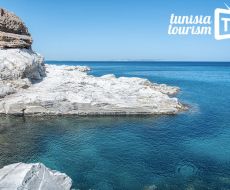 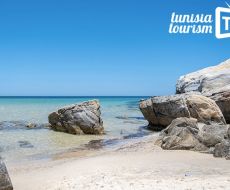 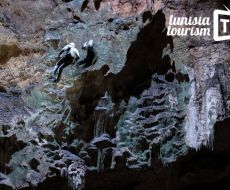 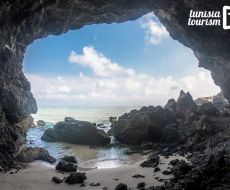 From CAP ENGELA to CAP HMEM 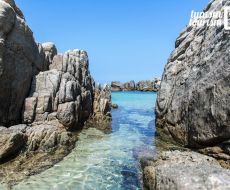