El Kef and the Northwest

El Kef: off the beaten track

The white domes of the Sidi Boumakhlouf mosque watch over the medina of El Kef, cascading in stages down the mountainside.

Explore narrow streets and stairways, and you will encounter the many relics dating from Antiquity scattered around the old town.

Street art has entered the medina of El Kef! Stroll through the alleys to discover frescoes and graffiti. 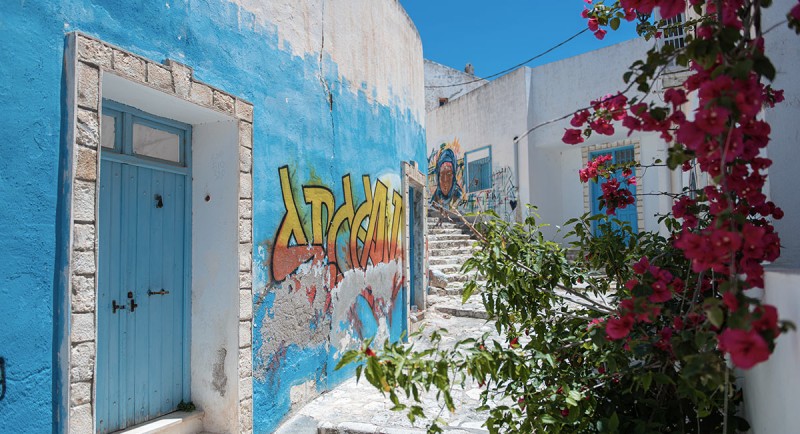 Visit the Museum of Popular Art and Traditions, which is housed in a former Islamic mausoleum.

Climb up to the Ottoman citadel which faces a superb panorama of forests and fields.

Why not visit Kef in the springtime? The surrounding landscape is flush with greenery, while the city comes to life for its international theatre festival and its jazz festival Sicca Jazz, followed by a millennia-old celebration, the Mayou festival. 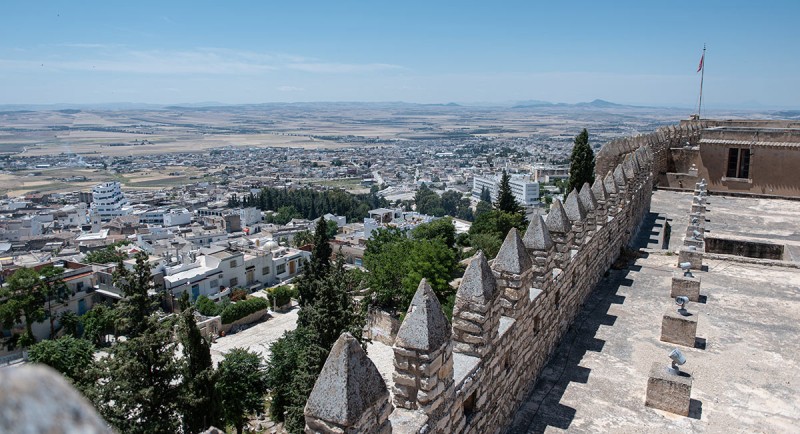 Hotels and guesthouses in El Kef and its surroundings

El Kef, Siliana… Staying in the Tunisian “Wild West” means finding oneself at the heart of a natural world preserved in the principal mountainous region in Tunisia, the Dorsal.

Let yourself be won over by an incredible sense of freedom by blazing a trail through a pine forest, galloping along a wadi (river), or by crossing a reservoir lake aboard a barge… 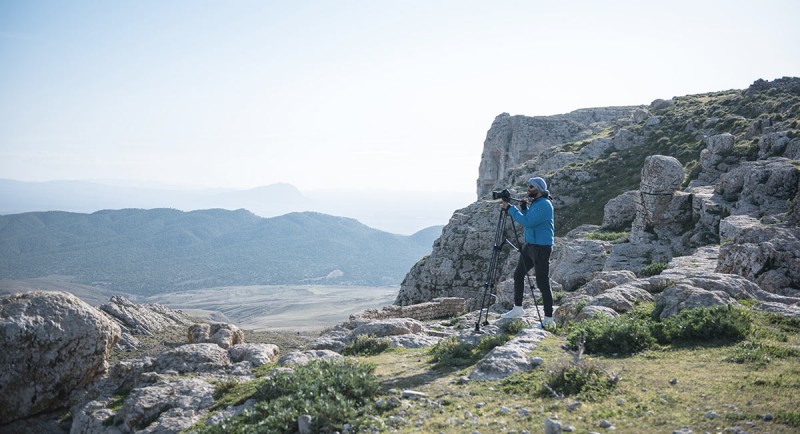 Also read: Snow and mountains in the Tunisian Northwest

Return to the Ancien times

Ancient history has left numerous traces in the Tunisian West.

During your excursions, you will have surprise encounters with a Roman arch of triumph, dolmens by the dozen, prehistoric caves, the arcades of a Roman theatre or the pools of former baths. 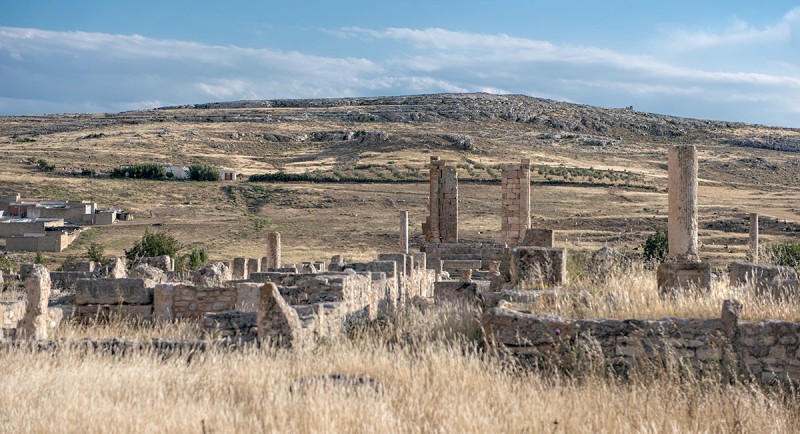 Have a mint tea or a Turkish coffee in the small square of the Sidi Boumakhlouf mausoleum, one of the prettiest places in the medina. 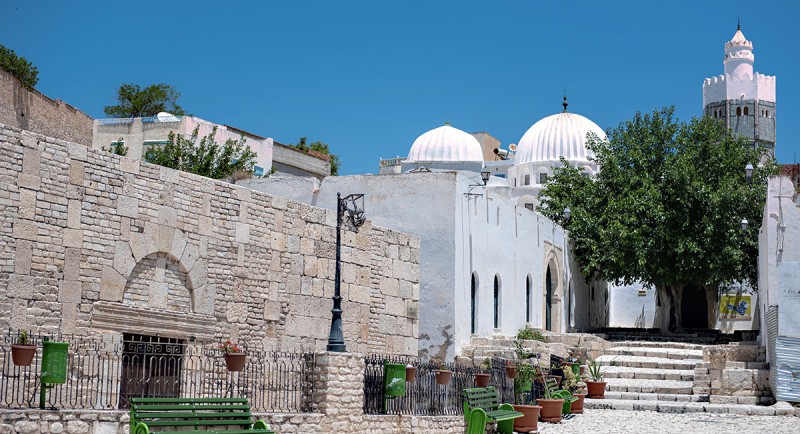 Take a tour of the complex of three cemeteries: Muslim, Jewish and Christian. A place full of poetry! 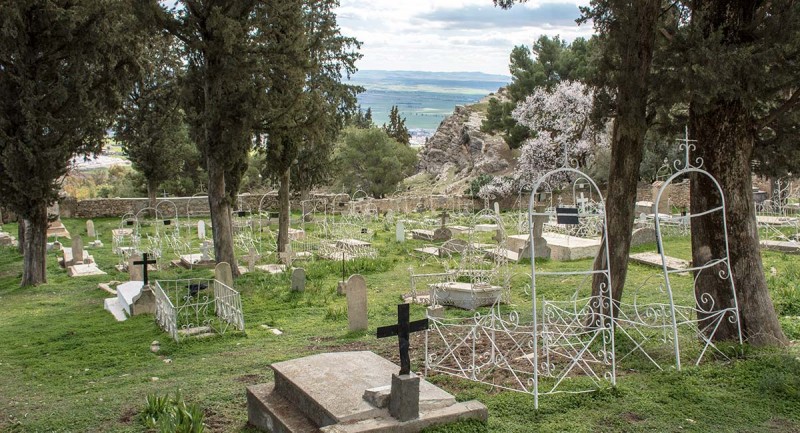 Are you a trail runner? Take part in the Grand Trail de Jugurtha in a unique natural and historical setting, the Jugurtha Tableland. Read more.

Near El Kef, stay in the heart of nature at the Auberge du Lac/ Ranch du Lac in the forest of Nebeur. Comfortable and welcoming, with delicious local cuisine. 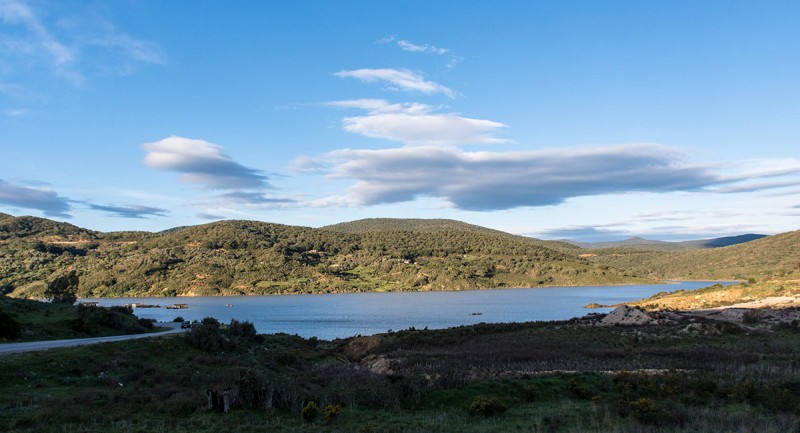 HOTELS AND GUESTHOUSES in the Kef region

El Kef, a town steeped in history, is located in a region which abounds with archaeological sites; the most spectacular are Makthar and Haïdra. Be sure not to miss Jugurtha Tableland, a unique historical and natural site.

The Medina of El Kef

Alleys and stairs wind between the white houses of the Medina clinging to the hillside.

El Kef contains a multitude of mausoleums and sanctuaries of Sufi saints such as Sidi Boumakhlouf, the patron saint of the city. His mausoleum (17th century) is remarkable with its three domes and its minaret decorated with tiles. 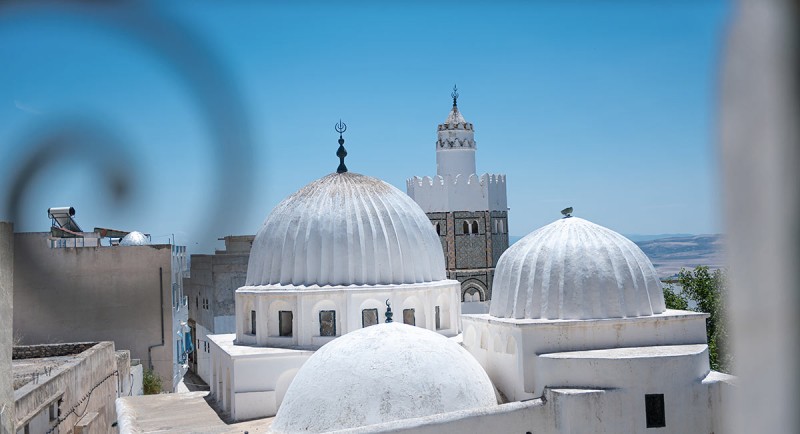 Equally, the small synagogue in the old town speaks to a Jewish presence in El Kef right up until the end of the 20th century.

El Kef has the originality of having three adjoining cemeteries – Muslim, Jewish and Christian. 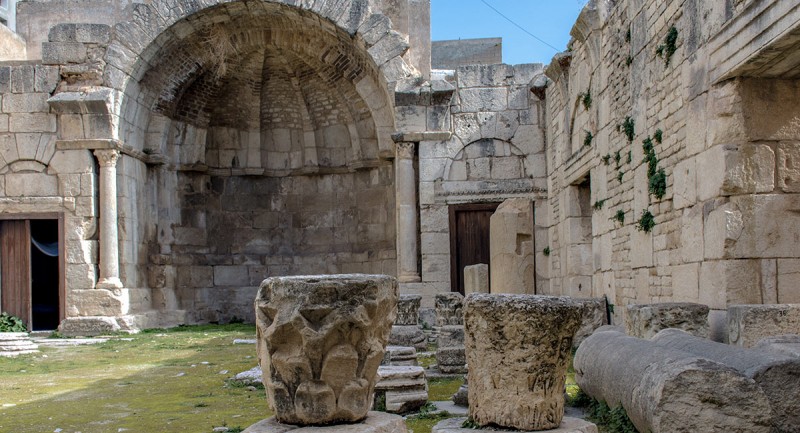 The citadel of El Kef 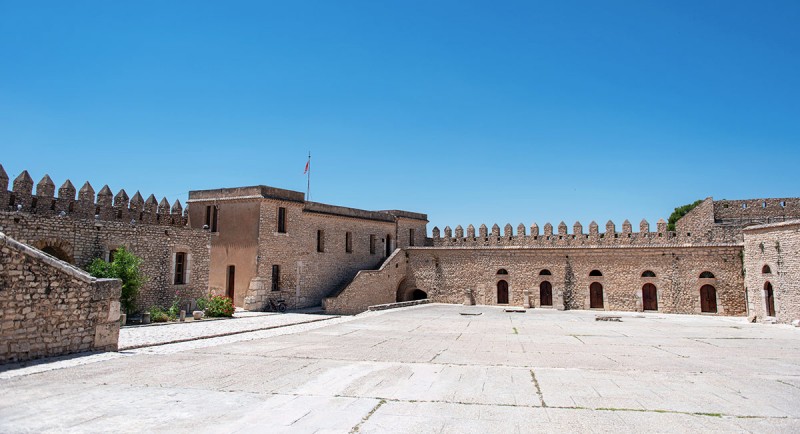 Above the medina the great Kasbah (citadel) rises up, built in the Ottoman era. Here the Turkish janissaries were garrisoned facing Algeria to guard the frontier. 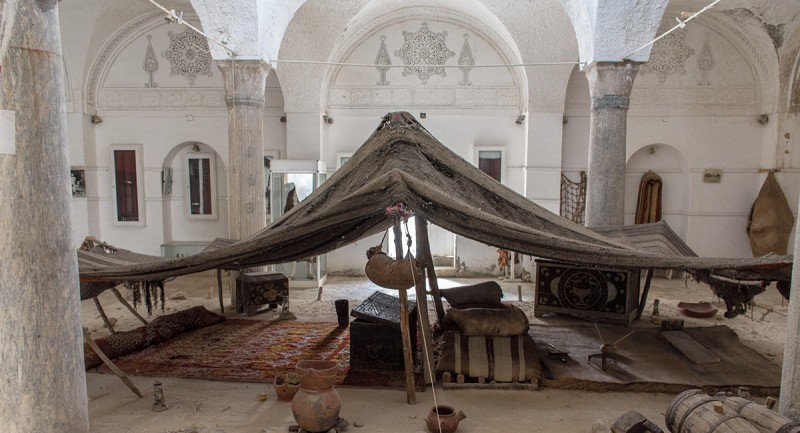 A former Sufi mausoleum today houses a beautiful museum which retraces the different ways of life of the townspeople and the Bedouins of the area. 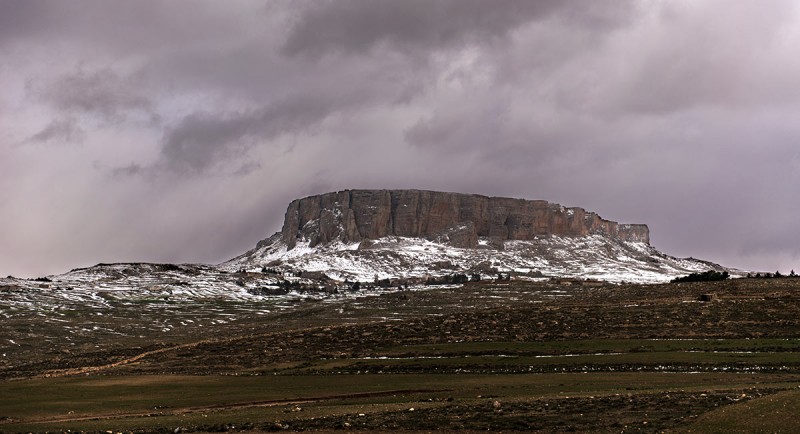 A true natural fortress, this 80 hectare tabular mountain (70 km south-west of El Kef) is entirely surrounded by steep cliffs. The only access: a narrow staircase carved into the rock.

Legend has it that the Numidian chief Jugurtha, at war with Rome, withstood months of siege; other rebels have taken shelter there throughout the centuries.

The archaeological site of Althiburos 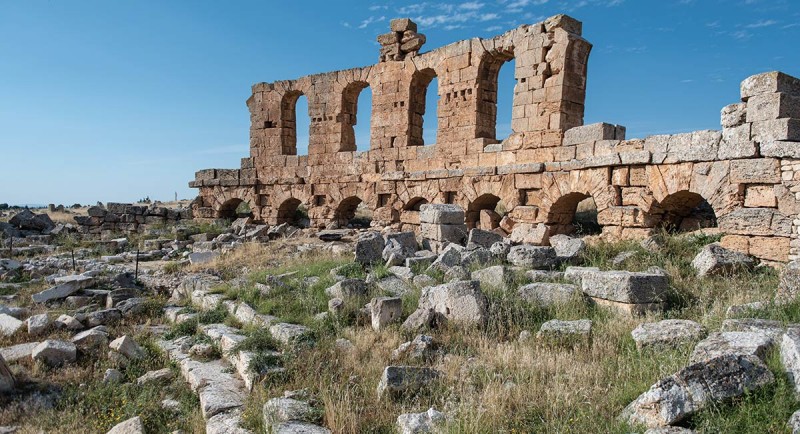 The megaliths of Elles

The small village of Elles is located in the Kef region, not far from the archaeological site of Makthar.

All around, over a vast area of 8 hectares, are the remains of dozens of megalithic tombs – dolmens – which date back to Antiquity. Some are well preserved.

The ancient site of Makthar has exceptional Roman remains.

You will be captivated by the centuries-old golden stone monuments: the Arch of Trajan, the arcades of the Great Baths, the colonnade of the Schola of Juvenes (headquarters of a youth organization).

The site also has monuments which bear witness to the city’s pre-Roman past: a Numidian mausoleum and megaliths which were collective graves. Read more.

Hotels and guesthouses in El Kef and its surroundings 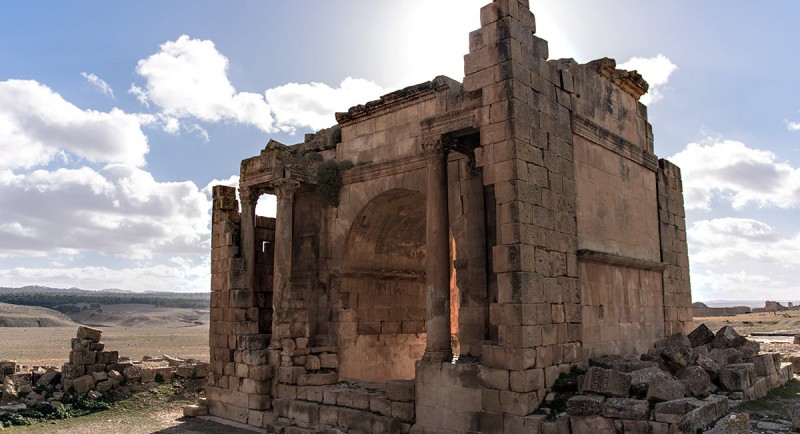 At the end of the period of Antiquity, the West of Tunisia was covered with churches and Christian chapels.

The ruined church in the city of Thala is worth a visit, as well as one of the largest Byzantine fortresses of the Maghreb in Haïdra.

Read more: The site of Haïdra

On the edge of the Kef region, other striking archaeological sites await you, each more fascinating than the next. In the south, more arid mountainous regions announce the Sahara with the famous mountain oases.

The Roman Theatre and Capitol, the Numidian mausoleum are unique and particularly well preserved.

Founded by the Numidians, ancestors of the Berbers, Dougga acquired magnificent monuments after the Roman conquest. Even today, a whole ancient city can be seen with its streets and countless remains (temples, baths, houses, etc.).

Dougga has been declared a World Heritage Site by UNESCO. 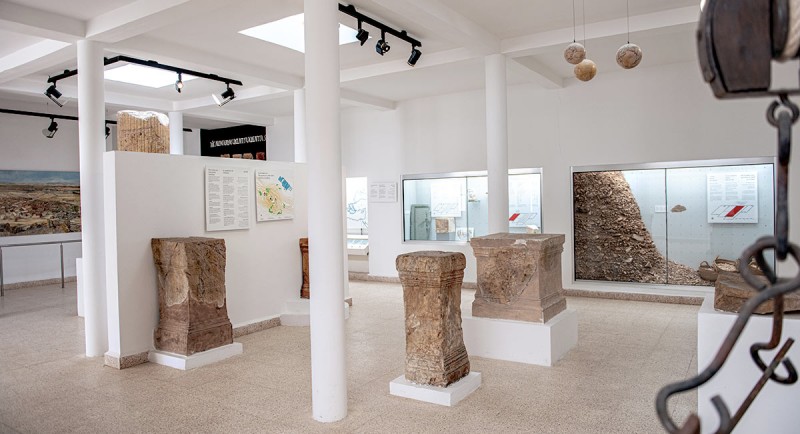 60 km north of El Kef, this archaeological site stretches out in a green mountainous landscape.

Chemtou was famous in Antiquity for its splendid yellow marble, or Numidic marble, much sought after by the Romans. The ancient marble quarries are still visible.

The extraction of Chemtou marble is explained in the beautiful Museum which also puts great emphasis on the Numidian civilization – that of the ancient inhabitants of the region, ancestors of the Berbers.  Read more.

The archaeological site of Bulla Regia holds a treasure: luxurious Roman houses, one storey of which is located underground, sheltered from the hot weather. Their floors covered with mosaics have been preserved.

Bulla Regia is located north of El Kef, not far from Chemtou.

Sufetula, the principal city of Tunisia during the Byzantine period (6th-7th century), can be found on the high plateaus south of El Kef. Known today as Sbeïtla it is a striking archaeological site that should not be missed.

A city founded by veterans of the Roman army, Sbeïtla was the seat of a famous battle during the first Islamic expedition in the Maghreb: here they fought the Byzantine army of Gregory the Patrician in 647.

An arch of triumph, a dam, two Roman mausoleums and other ruins… the city of Kasserine, surrounded by high mountains, held an important strategic role in the Roman and Byzantine eras.

A major mining city, Gafsa is bordered by the northernmost oasis in Tunisia. 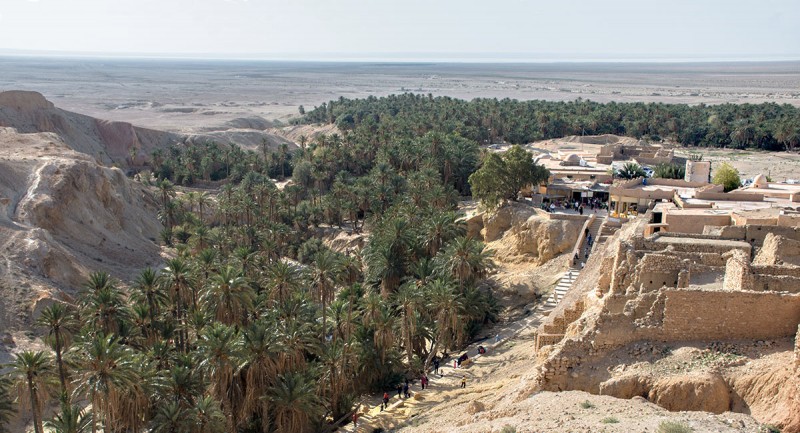 The foothills of the Saharan Atlas, south of Gafsa, form unique landscapes.

In this mineral universe oases appear deep into the mountains: Chebika and its oued (river) tumbling down the mountain, Tamerza and its waterfall, Mides suspended above an imposing canyon. 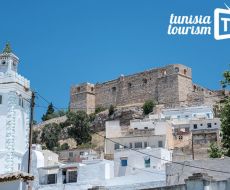 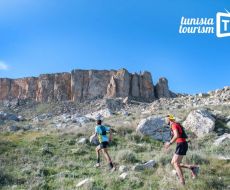 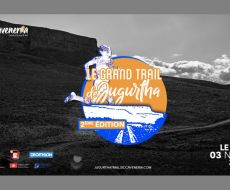 Trail run at the Jugurtha Tableland

The archaeological site of MAKTHAR 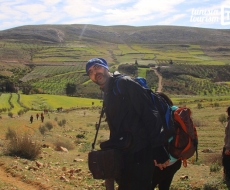 The turtles of Kuriat Island