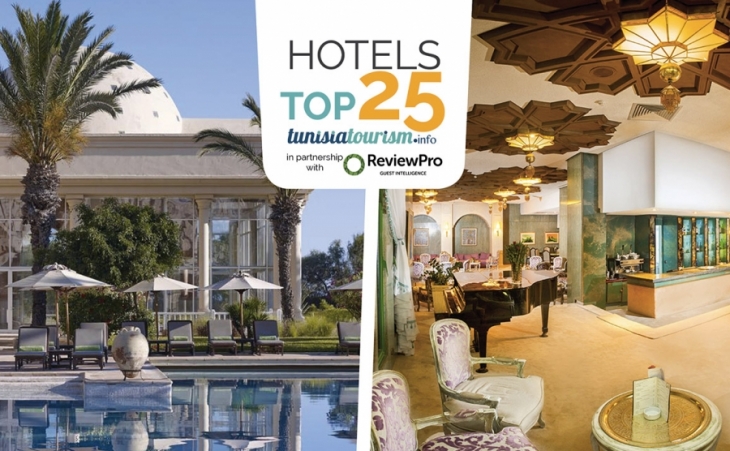 The performance of the last three months confirms the progress of the hotels The Residence and Hasdrubal Port El Kantaoui, which both access the top five.

Our ranking is based on the GRI index issued by the Review Pro company, world leader in hotel e-reputation. In order to better reflect the efforts accomplished by the hotels, we take into account the GRI calculated over the previous three months.

In our Top 25, Iberostar and Hasdrubal are the best represented among the hotel chains with 3 hotels each.

The best progressions of this quarter compared to the previous year were achieved by Medina Belisaire (+9.7), Majestic Hotel (+7.9) and Vincci Nozha Beach (+ 7.3).

On the other hand, the Four Seasons Tunis confirms its poor performance. Even if it reached the Top 25, its rating is 6.4 per cent lower than last year, thus representing the largest decrease in our table.