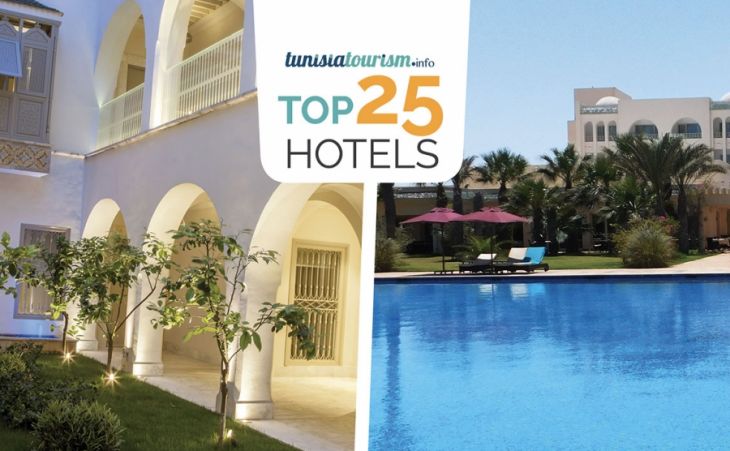 January was a beneficial month for the hotels Dar El Jeld Hotel & Spa (Tunis), which keeps the lead in our ranking, and especially Iberostar Royal El Mansour (Mahdia) and Sensimar Scheherazade (Sousse), which improve their position by moving up to the 2nd and 3rd rank among the hotels most valued by their guests during the last three months.

Same goes for the Hasdrubal Thalassa & Spa Djerba: by increasing its GRI (average score calculated by our Partner ReviewPro) by 10 points, it comes back into the Top 10 of the last quarter.

On the opposite, the hotel The Residence Tunis (Gammarth) is slowing its pace: its score of 92.2% in January lowers its quarterly score to 93.9%. It now ranks 9th, and 6th among the 5-star hotels.

Anantara and Khayam Garden in the Top 25

The hotel Khayam Garden Resort & Spa in Nabeul, meanwhile, rises to the top hotels: it now ranks 17th with a score of 91%.