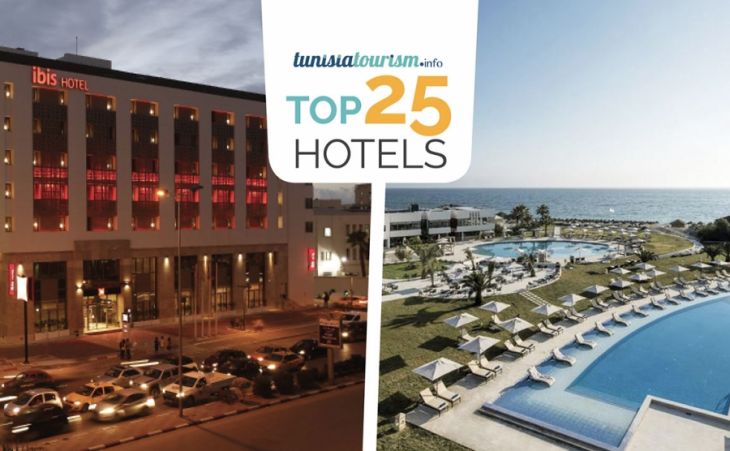 Published : 06-01-2020
A 3-star hotel, Ibis Sfax, has joined Dar El Jeld and Iberostar Kantaoui Bay as one of the guests’ three favorite hotels.
A 3-star hotel can reach the level of the best 5-star hotels for customer satisfaction. Indeed, Ibis Sfax was the third best client-rated hotel during the last quarter of 2019, according to the scores (GRI) calculated by our partner ReviewPro.
The top two are once again Dar El Jeld Hotel & Spa in the medina of Tunis and Iberostar Kantaoui Bay in Sousse: they are leading the ranking for the third consecutive time.

On the other hand, Four Seasons Hotel Tunis in Gammarth recorded lower guest scores in December, stepping down from the 3rd to the 9th rank compared to our last ranking.
It is overtaken by the Iberostar Diar El Andalous (Port El Kantaoui) and the Royal Nozha (Hammamet), which are now among the top ten.
La Badira (Hammamet) and Tui Blue Palm Beach Palace (Djerba) too recorded better scores and have significantly increased in the ranking.

Ibis Sfax, Sensimar Scheherazade, The Residence Tunis, Dar Dhiafa and the Iberostar Hotels confirm their excellent performance in the long run. They were already among the winners of Tunisia Hospitality Award 2019.