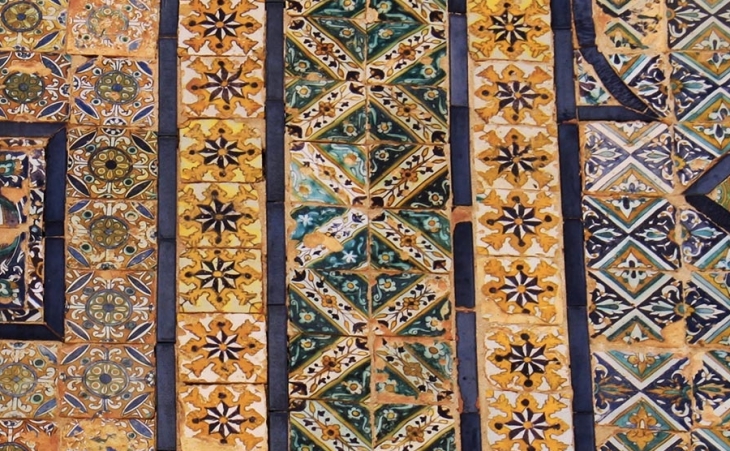 Ceramic tiles – so-called “zliz” or “jelliz” – are ubiquitous in old monuments and palaces of Tunisia. From the brushes of the ceramists of Tunis, a synthesis arose between motifs of various origins. Some particularly well known models bear pictorial nicknames.

This tile owes its nickname to the predominance of green and the presence of foliage and plant stems. Its origins can be found in copies of Spanish designs. 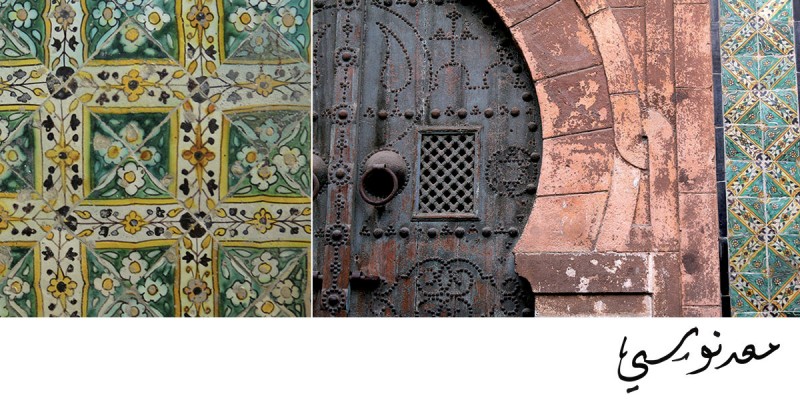 The compass rose was a popular pattern in Europe in the 18th century. 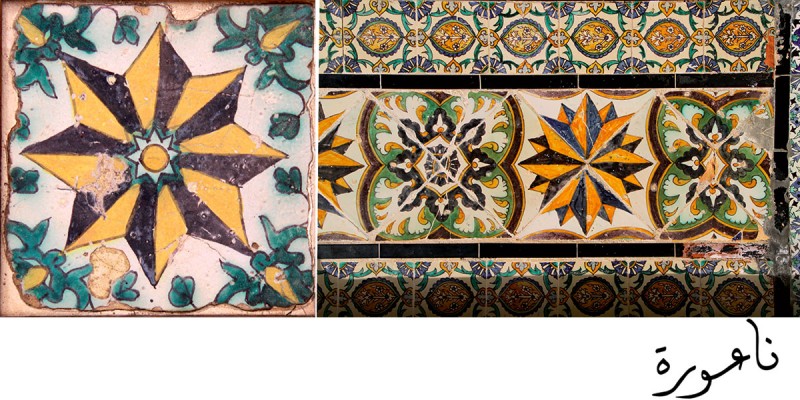 This radiating motif is much used in panel frames. It combines yellow palm leaves (or acanthus leaves) and a small black and white compass rose. A similar pattern was produced in Barcelona. 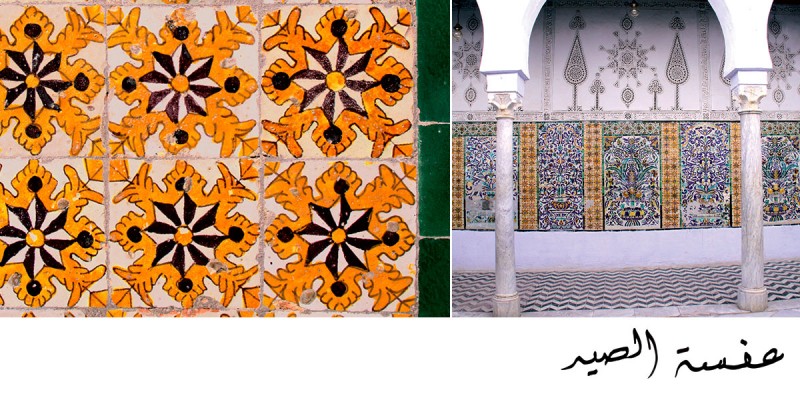 A square simply split along the diagonal into two triangles, black and white. This elementary pattern is enough to create striking effects of movement. 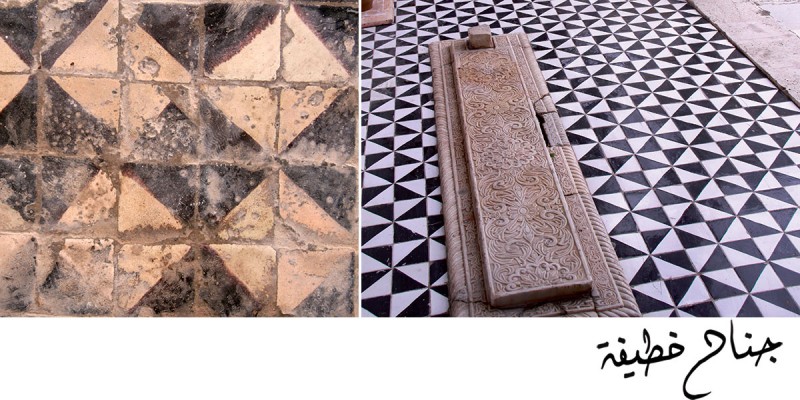 Nawarat echchems” (flower of the sun)

This tile can bring to mind the compass rose or the starred patterns of Hispano-Moorish zellige. 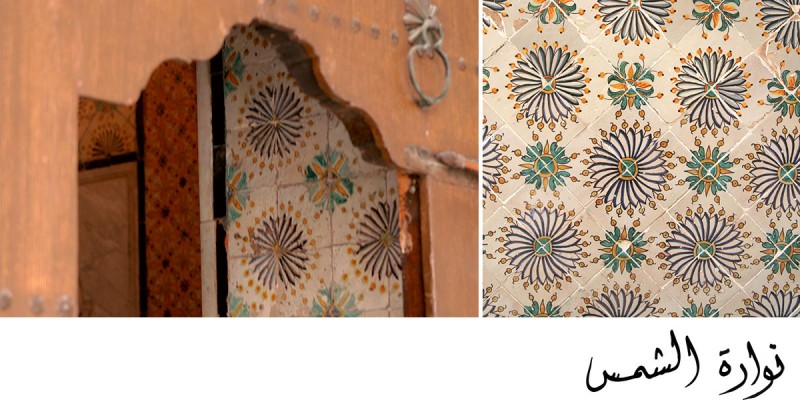 This tile brings a change in rhythm to the compositions thanks to its elongated lozenges. It can bring to mind the crosspieces and checkerboard patterns that have long decorated the most ancient Tunisian ceramics. 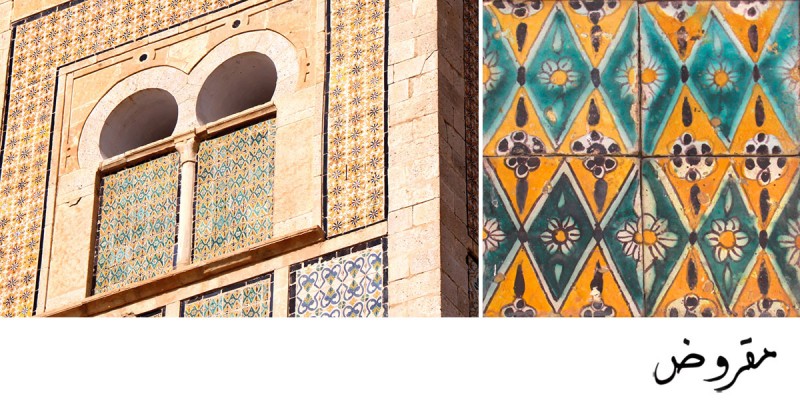 These patterns are characteristic of Hispano-Moorish art; they imitate the medieval “alicatado” decorative style (cut-tile mosaics ) 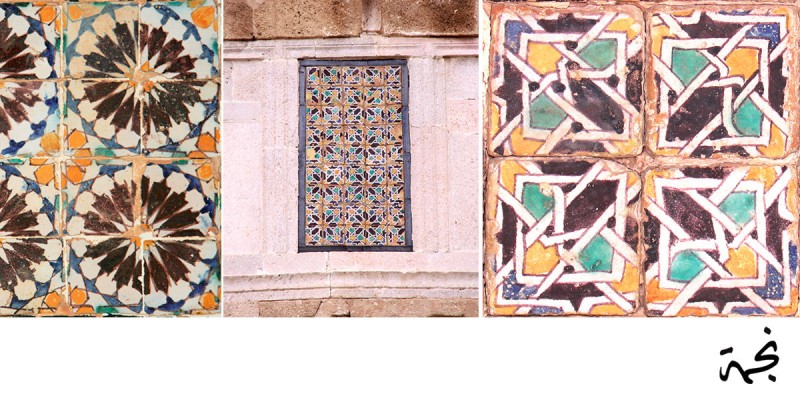 The pottery of Sejnane, Intangible Cultural Heritage of Humanity