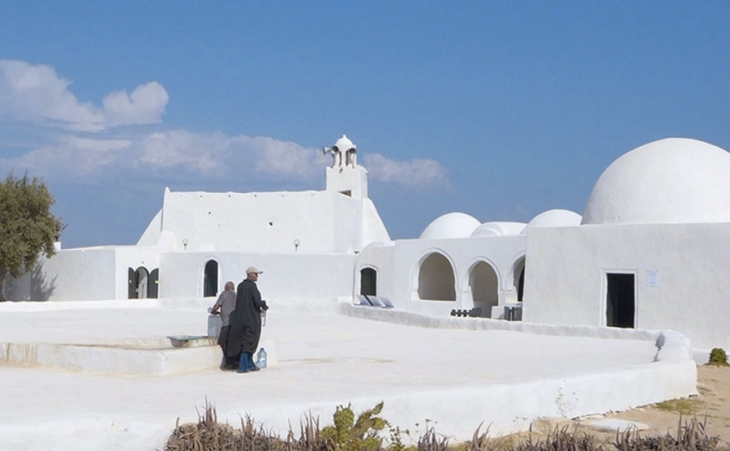 Published : 18-07-2018
A magical atmosphere, an ingenious and full of charm design… The Fadhloun mosque, fitted for visiting, is a marvelous introduction to Djerba’s culture.

Djerba, the great island of the South of Tunisia, counts more than 300 small mosques scattered around the countryside, between the olive and palm trees. All different, sometimes abandoned, they are often three-centuries-old or more. Their architecture gives them a unique charm.

To learn more about the world of Djerba mosques, the best thing to do is visit one of them: the Fadhloun mosque. You will find there all the explanations about this monument, which was way more than a simple place for prayers.

Right as you step from the entrance, a long Djerban outfit will be lent to you – for both men and women – to wear on top of your clothes to show your respect for the site. 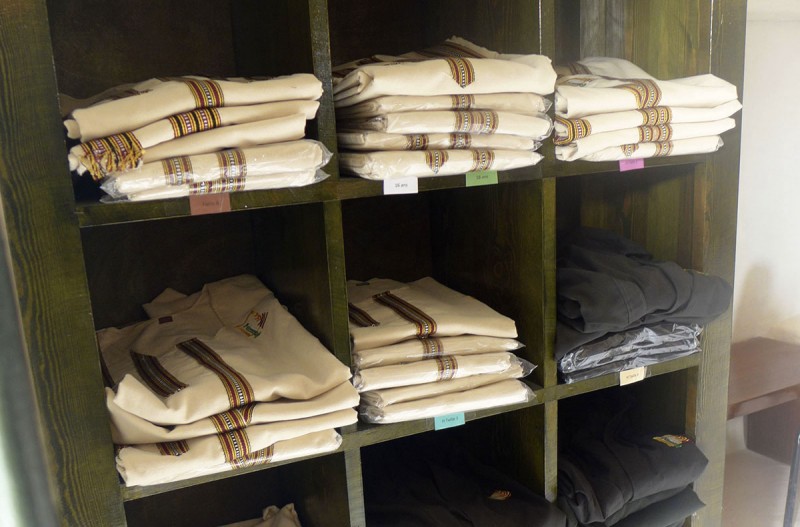 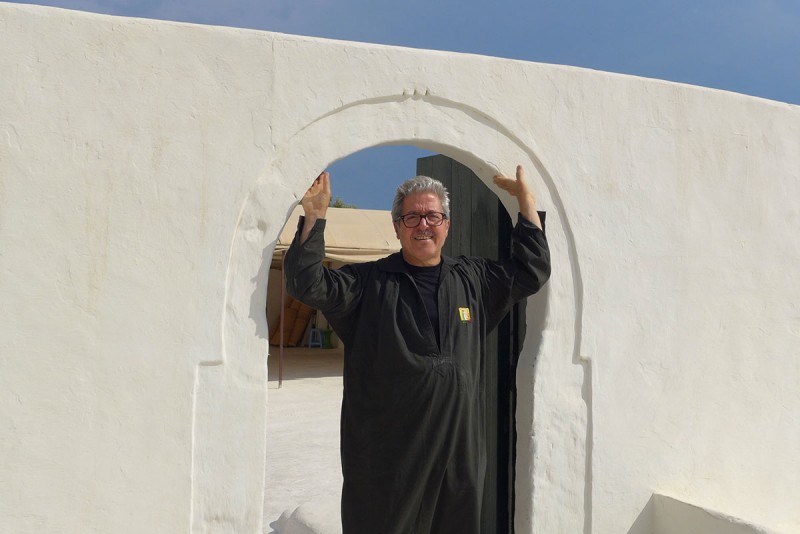 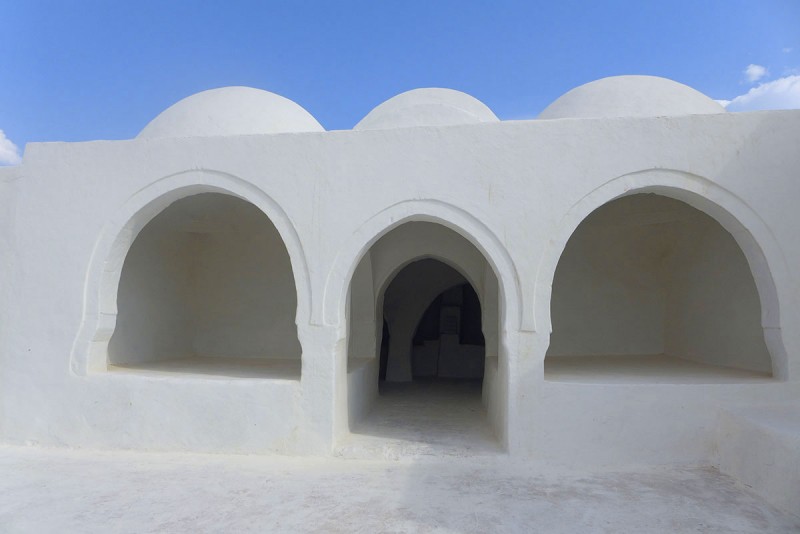 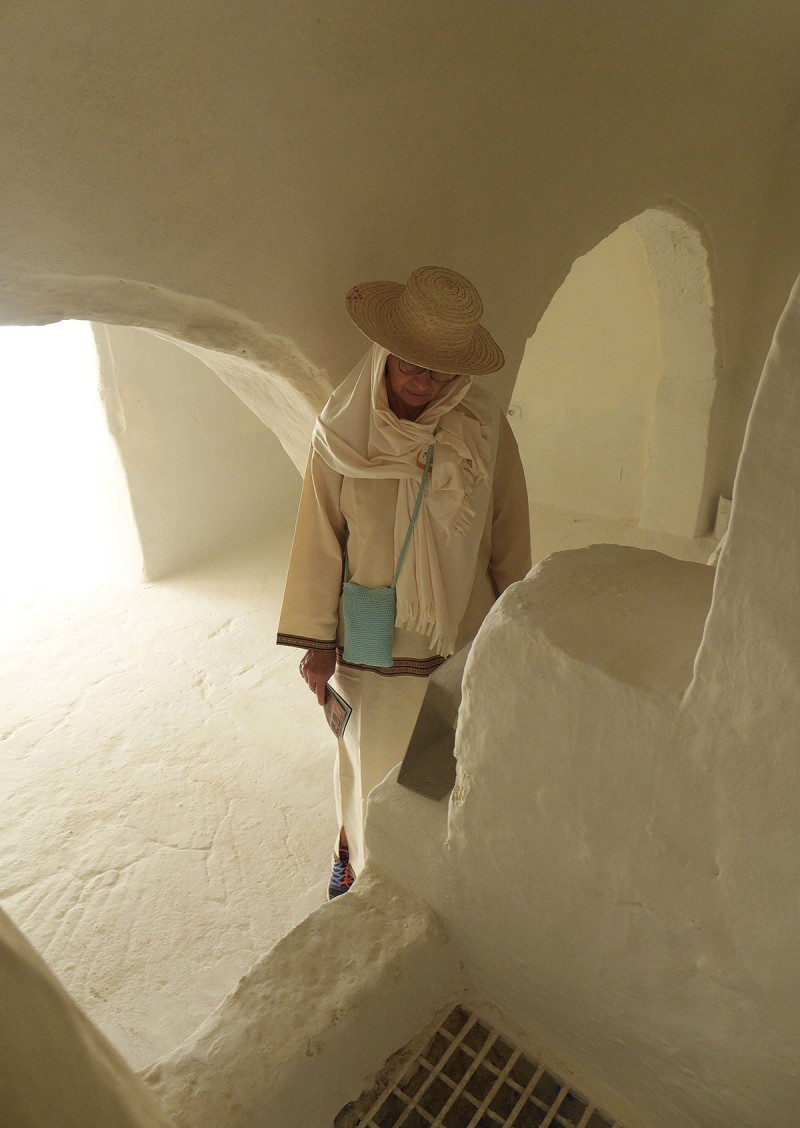 The mosque strictly speaking was built in the 14th century. It is surrounded by a courtyard. For praying during intense heat, two areas with a “mihrab” are provided outside. 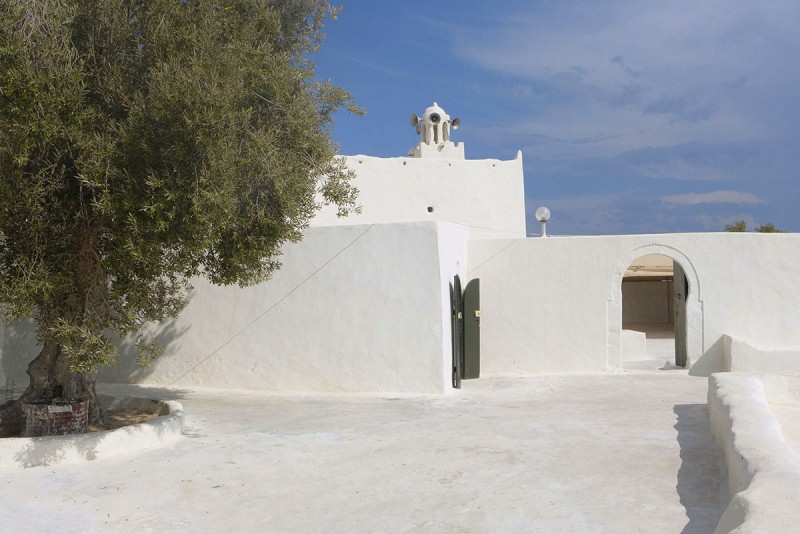 The mosque is low-built and reinforced by buttresses: it belonged to a set of mosques which protected the populations in case of an enemy attack. 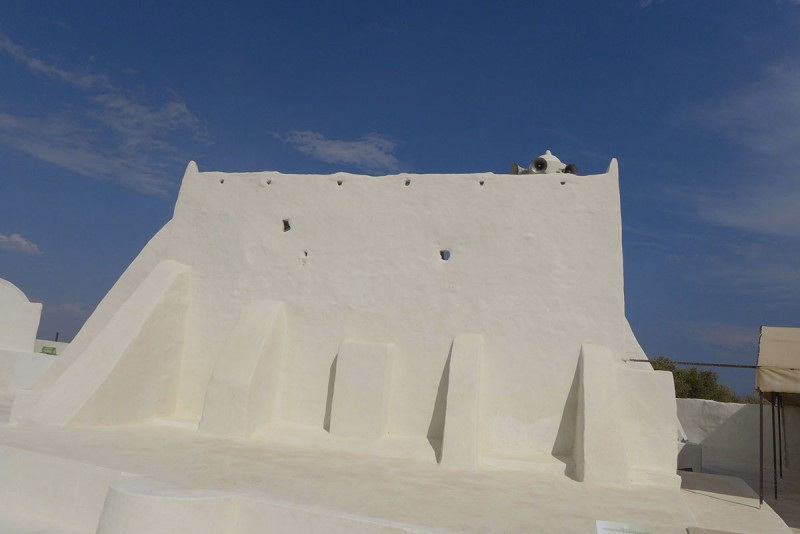 Originally, the small minaret was not used for the call for prayer, but as a watchtower and sending light signals. 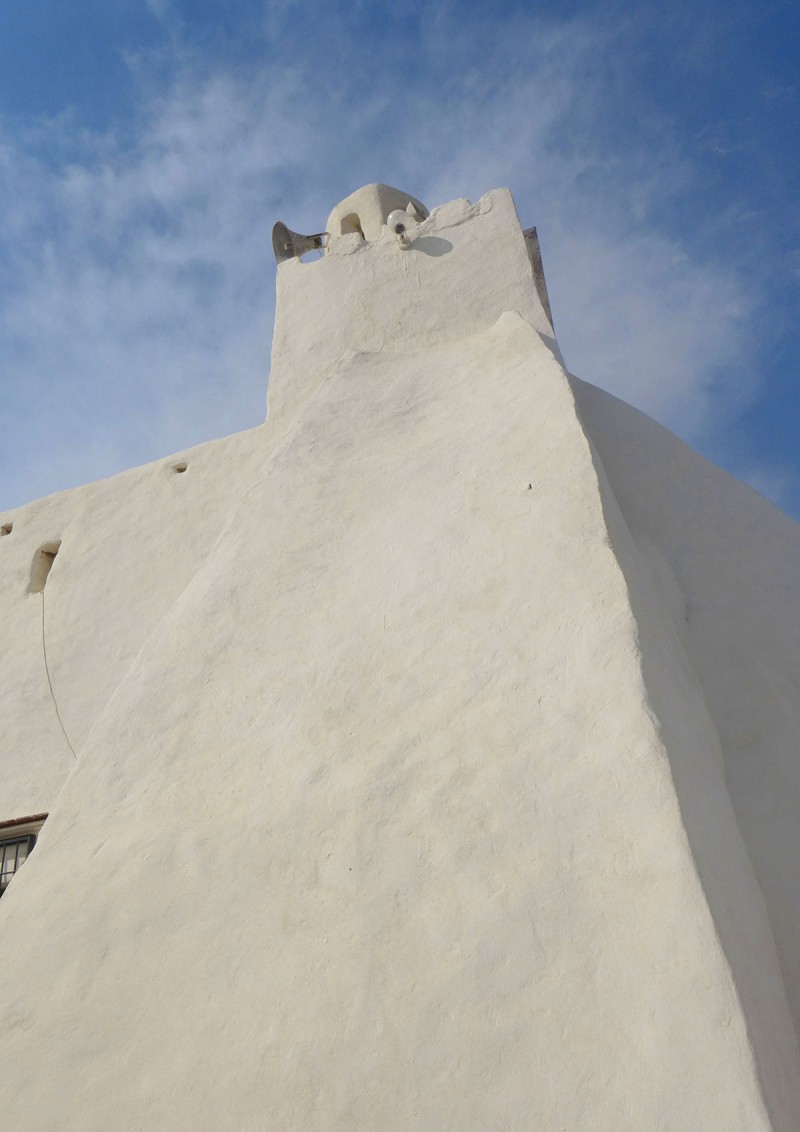 Guards could climb the outside wall of the mosque and position themselves on the roof. 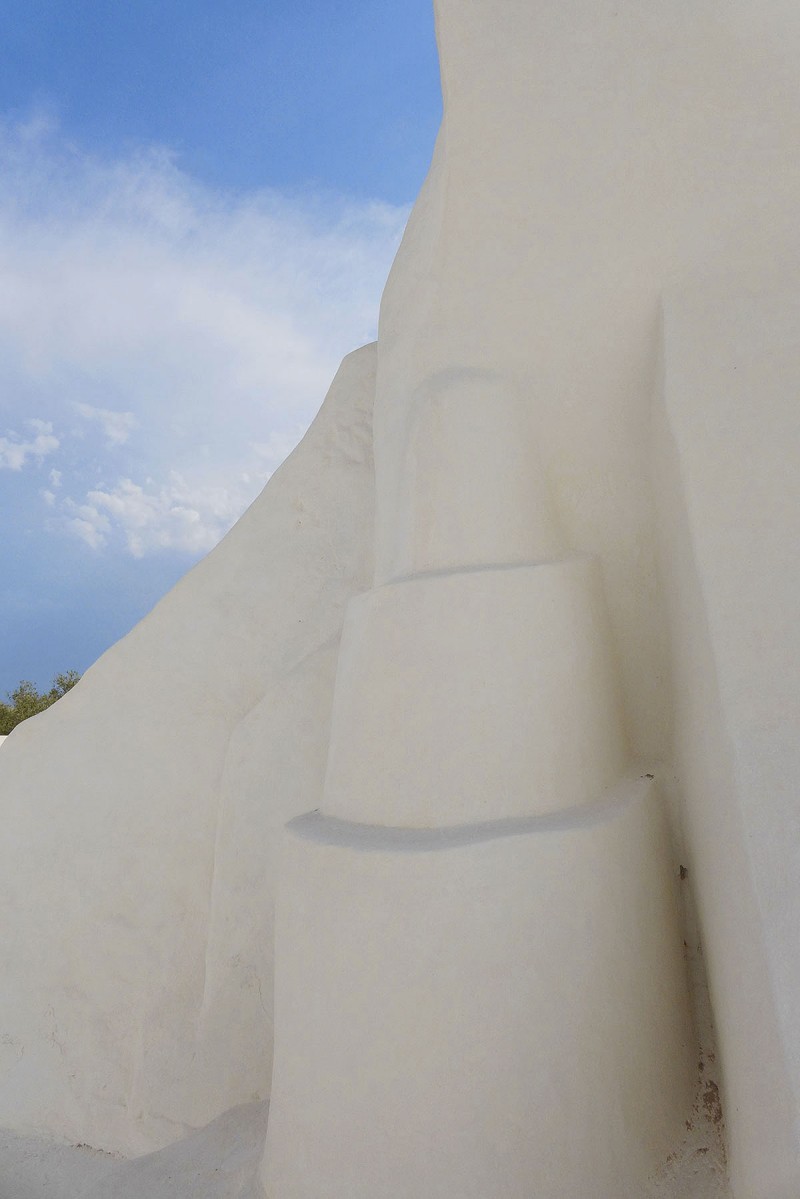 In front of the mosque, multiple arched rooms: a school, a bread oven, rooms to grind grain and stock it: the mosque acted as a bakery for the local community. 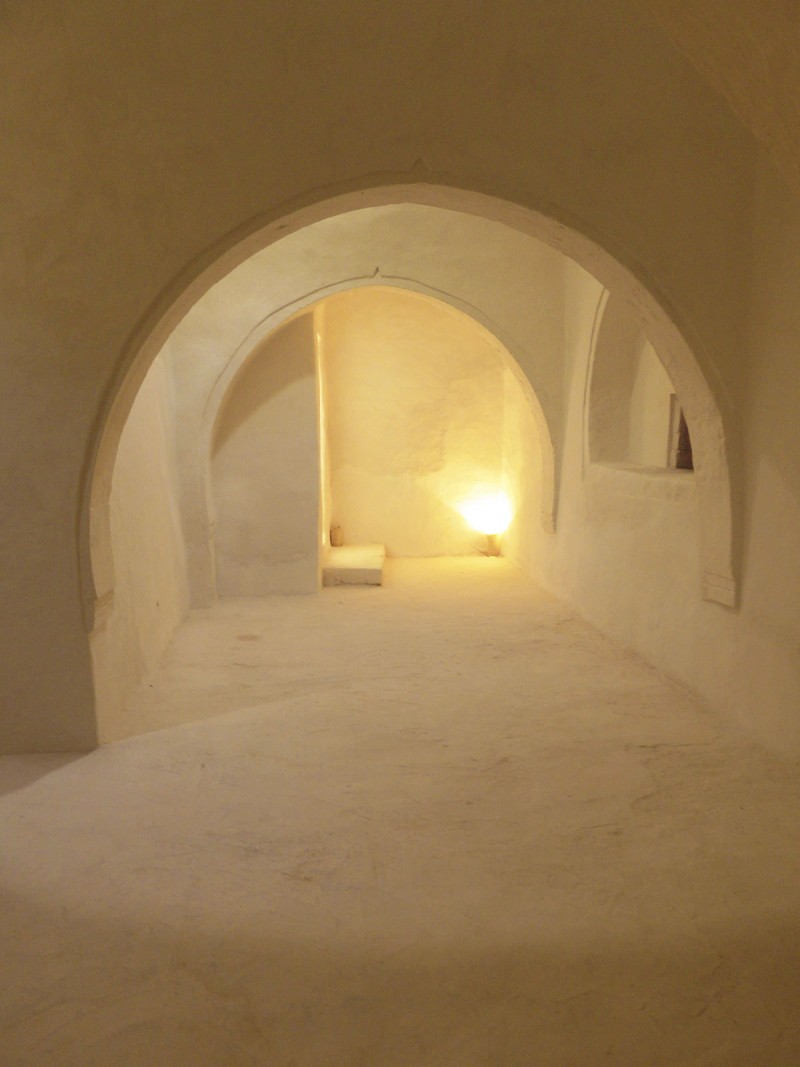 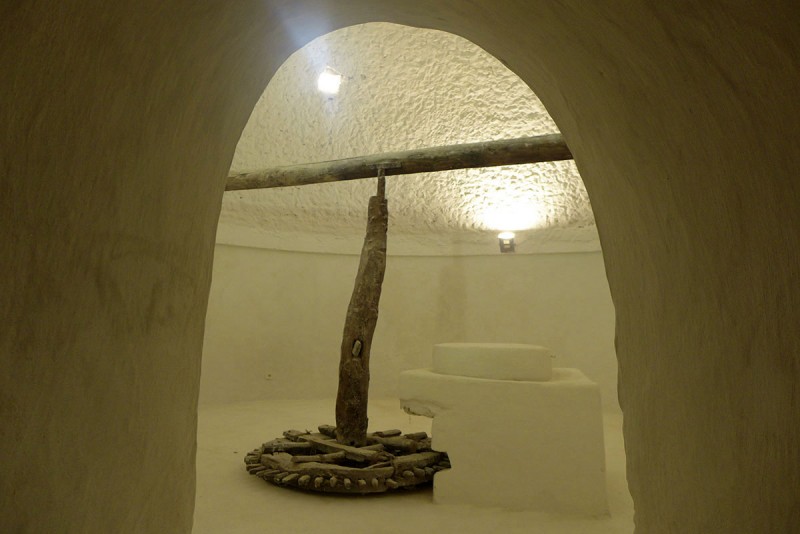 Outside, a great whitewashed esplanade: it is still used to collect rainwater, which is stocked below, in a tank. 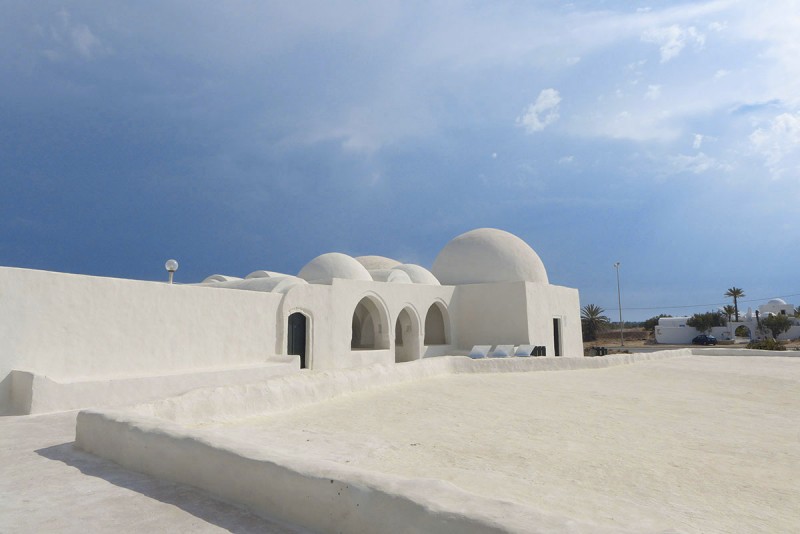 The Fadhloun mosque is open to visits in the morning, from 7am to 12am (reserved for prayers during the rest of the day).

Also read: Hiking in the island of Djerba