The Museum of Sousse is one of the greatest museums of Tunisia thanks to its remarkable Roman African mosaics.

The archaeological museum of Sousse was entirely renovated in 2011. It is situated under the courtyard of the former Kasbah (citadel), at the top of the Medina, a UNESCO World Heritage site.
It boasts a formidable collection of Roman African mosaics.
Many are inspired by mythological themes. Others depict life and entertainment in the ancient world: theatre, horse races, amphitheatre hunts.
A mosaic-covered baptistery and mosaics from the Christian era can also be seen.
Before the Roman era, Sousse was a great Phoenician city called Hadrim. The museum displays objects from this period: Punic stelae and funerary urns, Greek ceramics.
Integrated to a historic monument, overlooked by the high Khalef Tower, this museum is a place not to be missed!
Opening hours, rates. 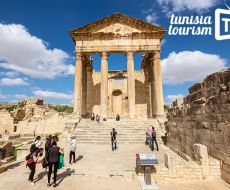 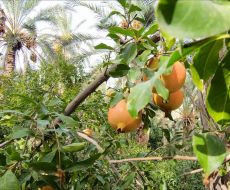