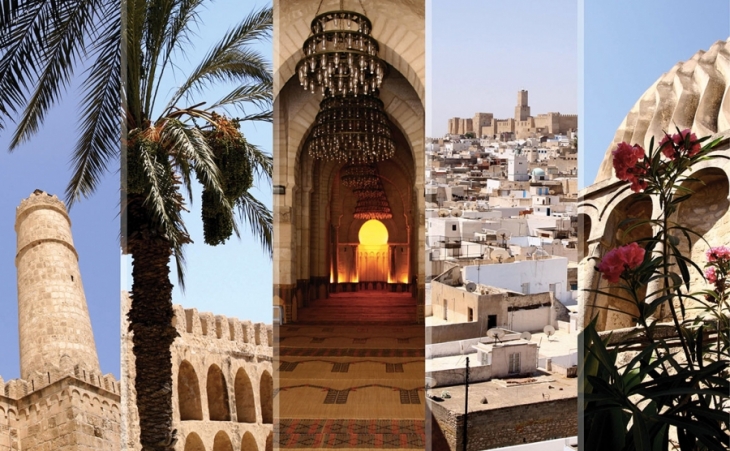 Five thousand-year-old monuments in the Sousse Medina, once an Aghlabid naval base.

The Ribat is a square fortress about forty metres across, built towards the end of the 8th century, equipped with many defensive facilities: watchtower, merlons, murder-holes, arrow-slits … its architecture is similar to eastern examples.

It hosted a religious community, the “mourabitoun”. 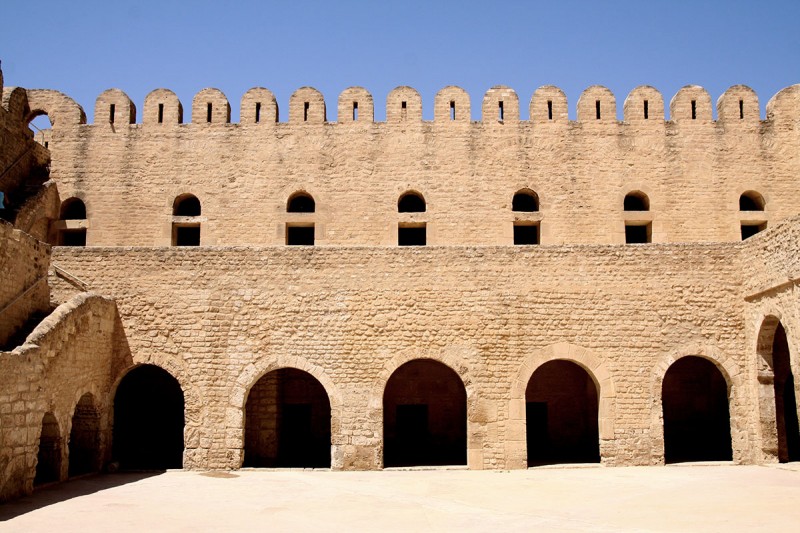 On video: the Ribat of Sousse

The ramparts are particularly old and impressive: constructed in the ninth century from rubble stone and ashlar blocks, crenellated and punctuated by towers, they offer an almost unchanged image of the fortified Arab town as Sousse used to be. 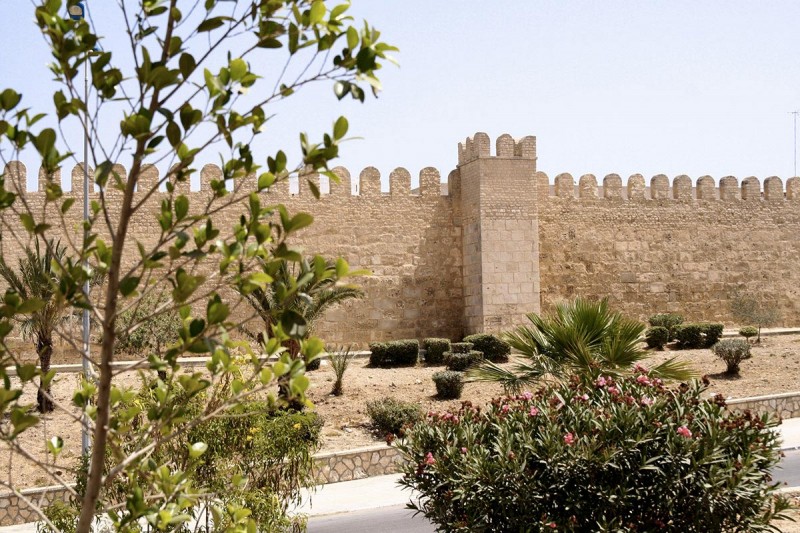 At first sight, the Great Mosque (ninth century) has the appearance of a fortress. Built entirely of stone, it does not have a minaret, instead there are great round towers large enough to house instruments of warfare.

The prayer hall is astonishingly austere. 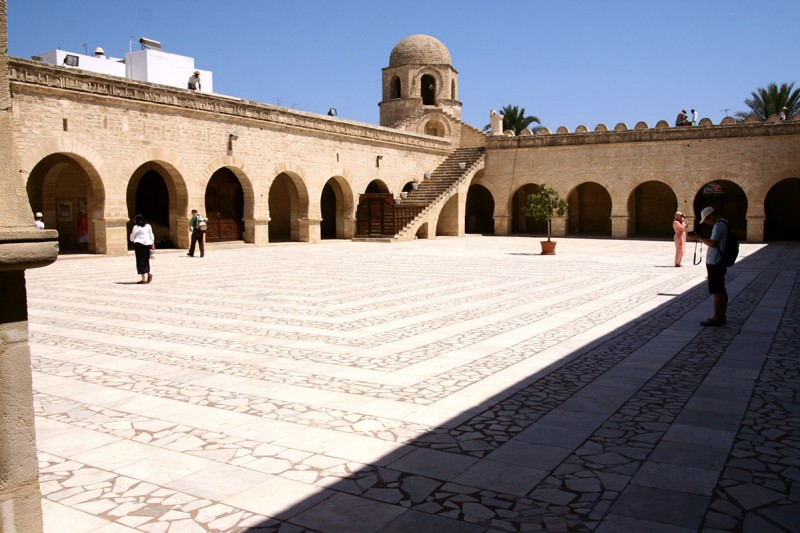 The Kasbah (town governor’s citadel) is the most impressive of Sousse’s monuments. Situated on a promontory, it offers an extensive panoramic view over the medina and port.

The oldest part is the Khalef tower (ninth century): The 30-metre high tower resembles Roman lighthouses and the minaret of the Great Mosque of Kairouan. 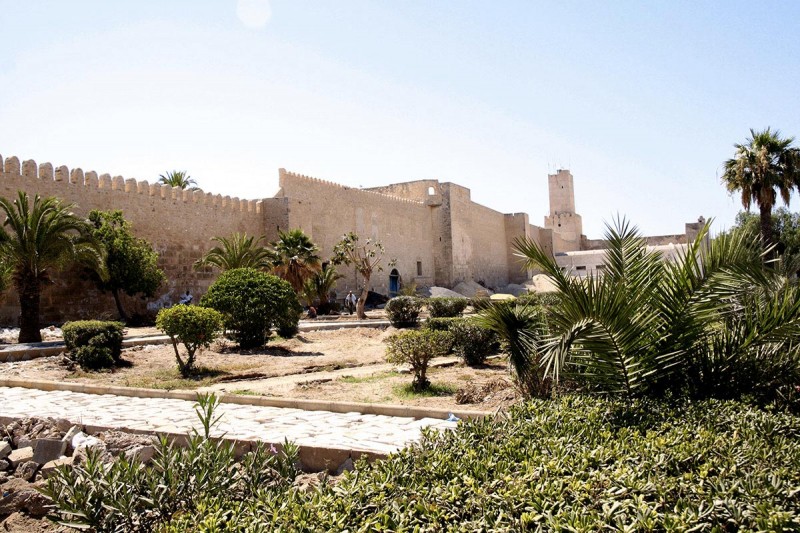 The Koubba Bin el-K’haoui is a some-what unusual monument for its enormous zig zag pleated cupola and its façade adorned with alcoves is typical of Fatimid-Zirid architecture.

It could have been a mausoleum or Turkish bath dating from the 11th century.

A caravanserai was added later: it currently houses a Museum of Popular Arts and Traditions. 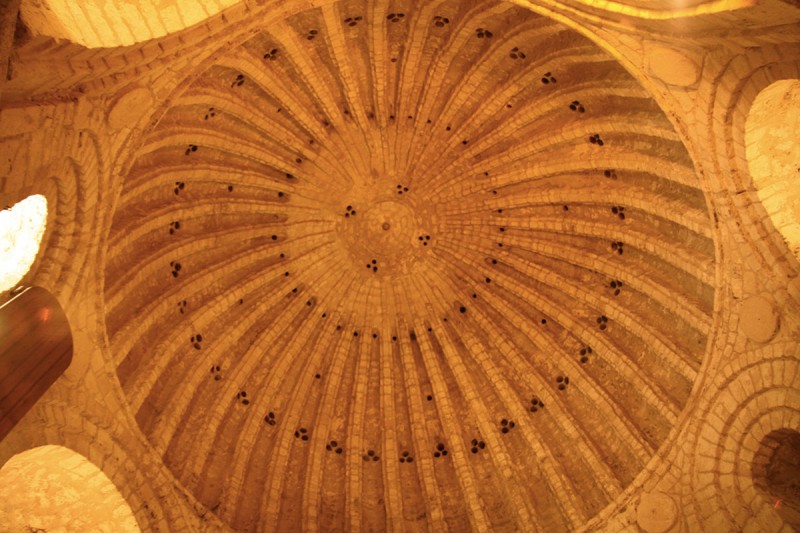 Read more: Sousse and its surroundings

The medina of Sousse is a UNESCO World Heritage site.

The archaeological site of MAKTHAR