70 years ago, Tunisair was born 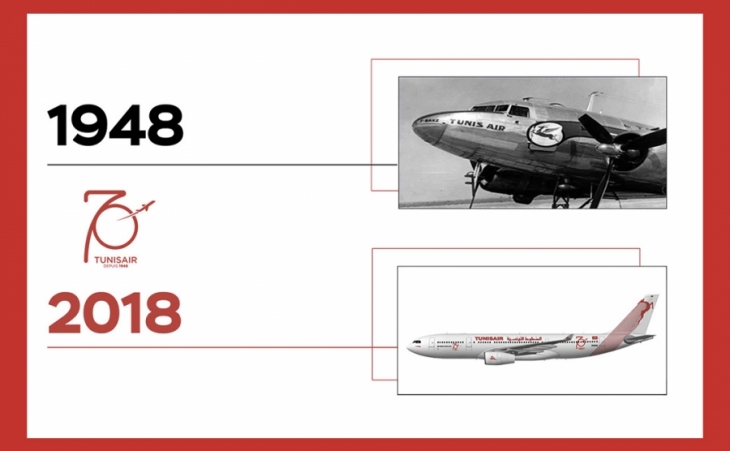 Tunisair is celebrating its 70th anniversary. A long journey for the Tunisian national company!

On December 7th, 1948, Tunisair held its first constitutive meeting at Dar El Bey, the office of the Head of Government in the Tunis medina.
Back then, the shareholders were the Tunisian government, Air France and other private entities. The first flights were operated by Air France chartered aircrafts.
Tunisair carried 100,000 passengers in a single year in 1956, the year of the Tunisian Independence. In 1977, it reached the figure of one million passengers carried in a single year.
In 2009, Tunisair was considered one of the safest aircrafts worldwide by the Geneva-based OBSSAT (observatory of aviation safety and tourism). Indeed, it didn’t experience any crash so far.
Today, the Tunisian national airline serves 55 destinations in 32 countries over three continents. It has 28 planes and transported 121 million passengers since its creation. Happy birthday Tunisair!